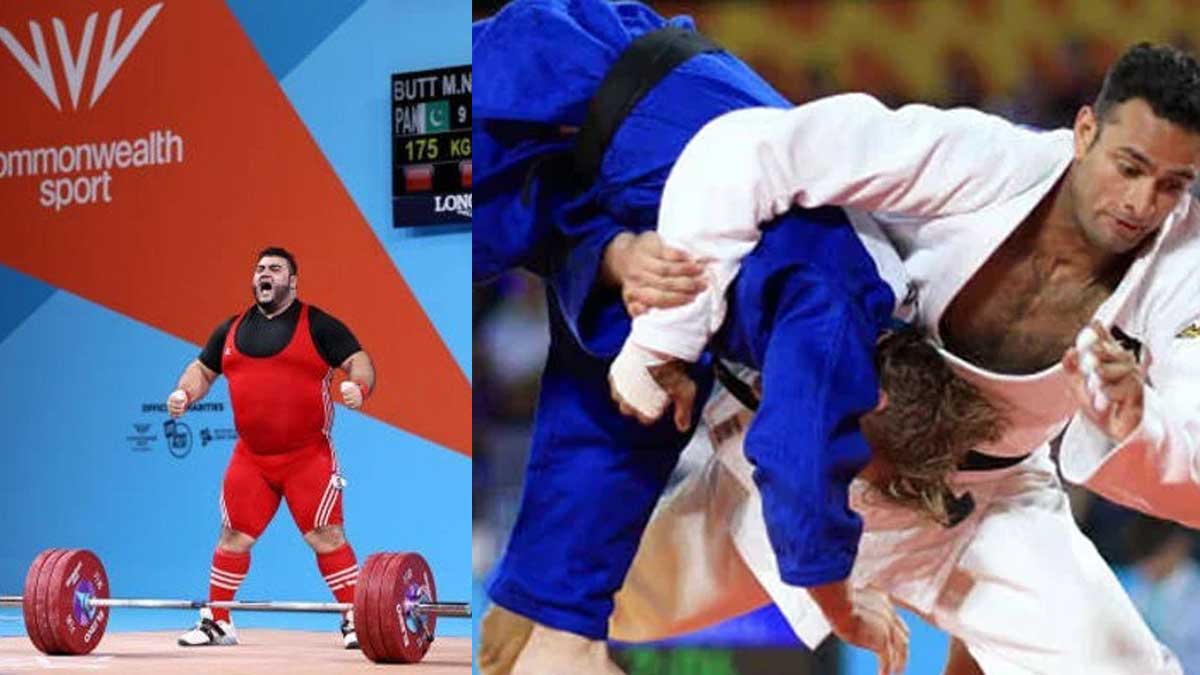 Nooh Butt won first gold medal for Pakistan and Shah Hussain Shah, a judoka from Pakistan, won the Bronze medal on Wednesday at the Commonwealth Games in Birmingham after defeating his South African rival.

Shah lost his opening round in the 90 kg division and moved on to the bronze medal match. The Pakistani player has previously only competed in 100kg events, hence this was his first-ever 90kg competition.

In the medal round, he competed against Thomas-Laszlo Breytnbach of South Africa. In less than three minutes, Shah successfully downed his opponent after some early difficulties.

The 20-year-old son of boxer Hussain Shah, who won a bronze medal at the Olympics, also brought home two gold medals for Pakistan at the South Asian Games.

Butt made history by lifting 173 kg in the snatch and 232 kg in the clean and jerk, both new CWG records. Overall, Butt lifted 405kg, which is also a CWG record, defeating Gurdeep Singh of India and David Andrew Liti of New Zealand.

Butt praised his father for all of his support over the previous 12 years and dedicated his victory to him. He expressed his joy in bringing home the gold medal for his country.

He said he was pleased of himself and that the victory was the result of years of sacrifice.

I express my gratitude to God for the victory. I have been attempting to win this game for the past seven years, but I am at a loss for words. I was able to win this gold via dedication and hard effort. It is always an honour to win a medal for your country.

The Pakistan Sports Board (PSB) has awarded cash awards for Pakistani athletes who excelled in the Commonwealth Games 2022 by winning medals in their respective sports.

Meanwhile, Shah Hussain Shah, who represented Pakistan and earned a bronze medal, would receive Rs. 1 million upon his return.