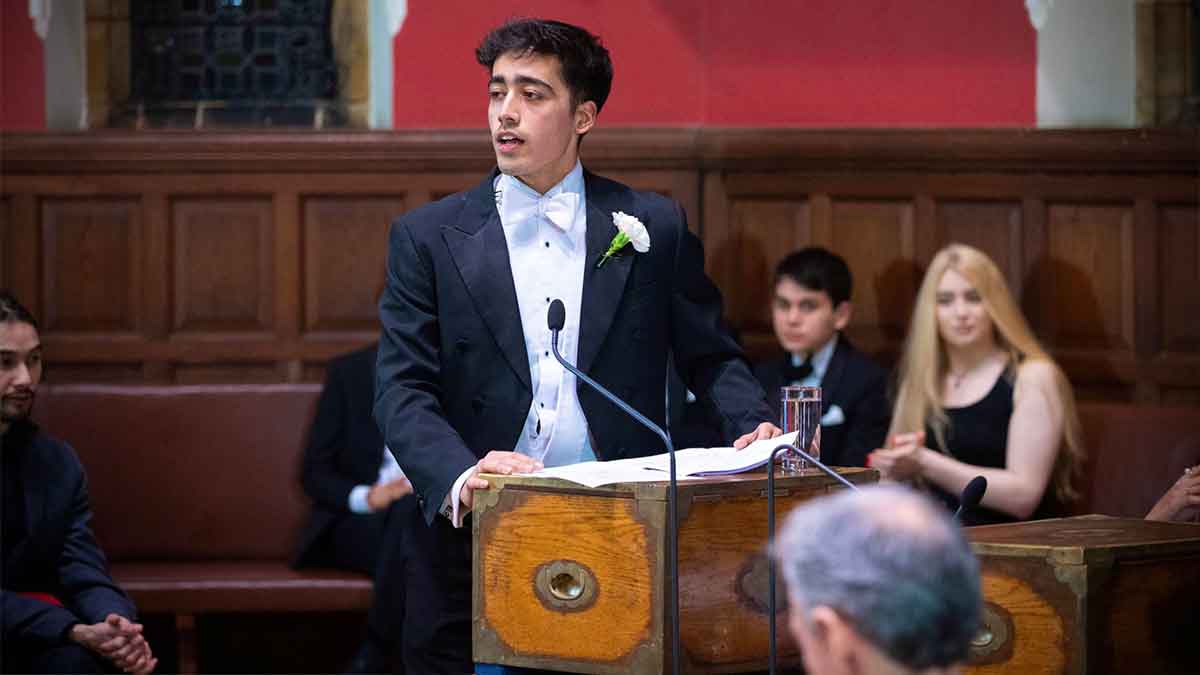 A survivor of the 2014 Army Public School massacre, Ahmad Nawaz officially took charge as the president of the Oxford University’s debating society Oxford Union. As he made Pakistan proud of his achievement, Prime Minister and President also lauded him.

President Alvi also congratulated Ahmad for his achievement. “Our biggest hope are youth of Pakistan. I congratulate Ahmad Nawaz, an APS survivor who also lost his brother Harris in the heinous Peshawar massacre, on being elected as President of Oxford Union. We must register that despite all setbacks Pakistan will keep on shining & rising,” he added.

Moreover, the survivor of mascara of 2014, thanked former prime minister Imran Khan after the politician congratulated him on Twitter for becoming the president of Oxford University’s Union. Former PM wrote, “Congratulations Ahmad Nawaz on being elected President of Oxford Union. This brave young man who survived the 2014 APS terrorist attack, is an inspiration for all. Ahmad you make us all proud with your spirit & determination reflected in your continuing achievements.”

Ahmad thanked Imran Khan by saying, “What an immense honour to be encouraged by @ImranKhanPTI I really hope that the Pakistani leadership continues to support young people and provide opportunities! Young people can achieve unprecedented heights, if given opportunities! We shall rise together…”

Ahmad Nawaz, who survived the horrific attack on APS Peshawar, has begun his duties as President of the debating society at the prestigious Oxford University.