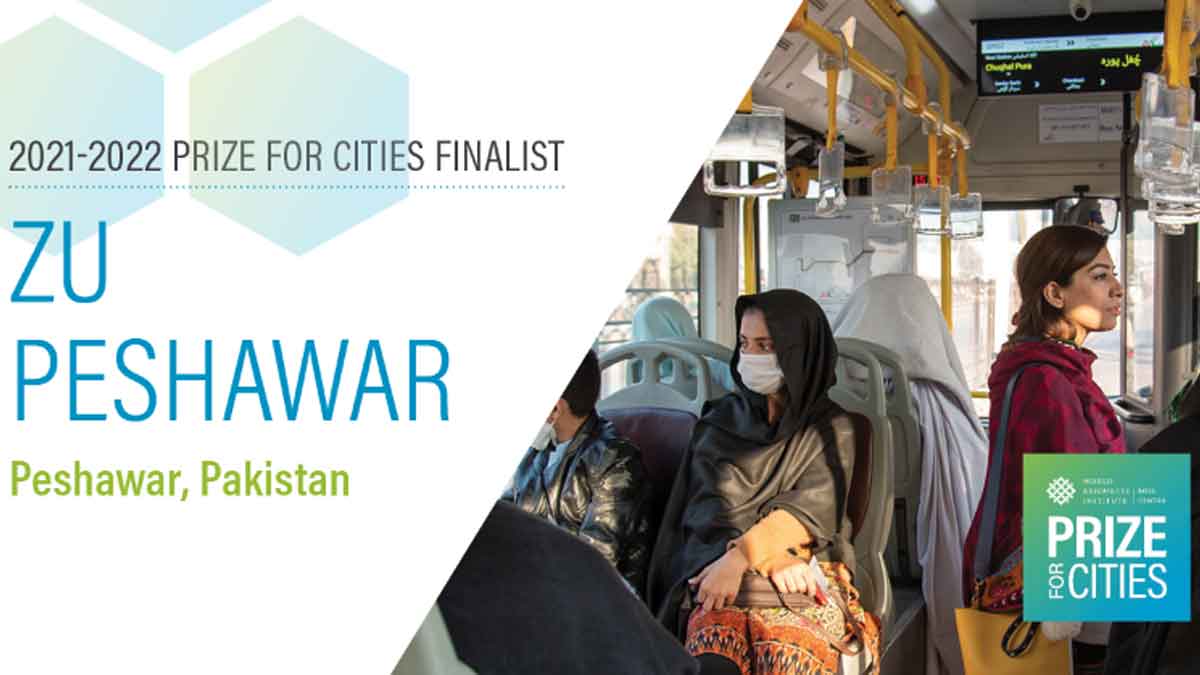 The ZU Peshawar or TransPeshawar Bus Rapid Transit (BRT) has been selected for the Prize for Cities Award 2022 under World Resources Institute (WRI) forum.

The media cited the Zu Peshawar spokesman as stating that “the World Resources Institute (WRI) has nominated Peshawar BRT for Prize for Cities Award 2022.”

He added, “260 projects from 155 cities were selected for the Prize for Cities award. Among them, BRT Peshawar has been nominated as top 5.”

“So far, only 6 countries around the world have won the BRT Gold Standard Service Award,” he said.

Earlier this year, the Zu Peshawar Bus Rapid Transit (BRT) had been accorded the Gold Standard Service award from the Technical Committee of the BRT Standards for giving environment-friendly facilities to the citizens of the provincial capital.

The then chief minister of the province Pervez Khattak inaugurated the BRT in 2020. It is transforming transport services through its clean technology buses, encouraging non-motorized traffic, and providing conveyance to a staggering 250,000 passengers daily, of which 20% are women.

Earlier in February, BRT has been presented the Gold Standard Service award for offering passenger-oriented, environment-friendly services to the people of Peshawar.

On receiving the global award, the Asian Development Bank (ADB) congratulated Zu Peshawar, the operator of the BRT system, saying that Peshawar has become the first city in the subcontinent, third in Asia, and 11th internationally to receive the Gold Standard.

Moreover, the BRT was also given the certificate of International Sustainable Award by the International Transport Organisation, whereas the UN Women has also privileged the BRT for providing the best and safe traveling service to women. The BRT, he continued, was giving the best possible commuting facilities to its passengers.