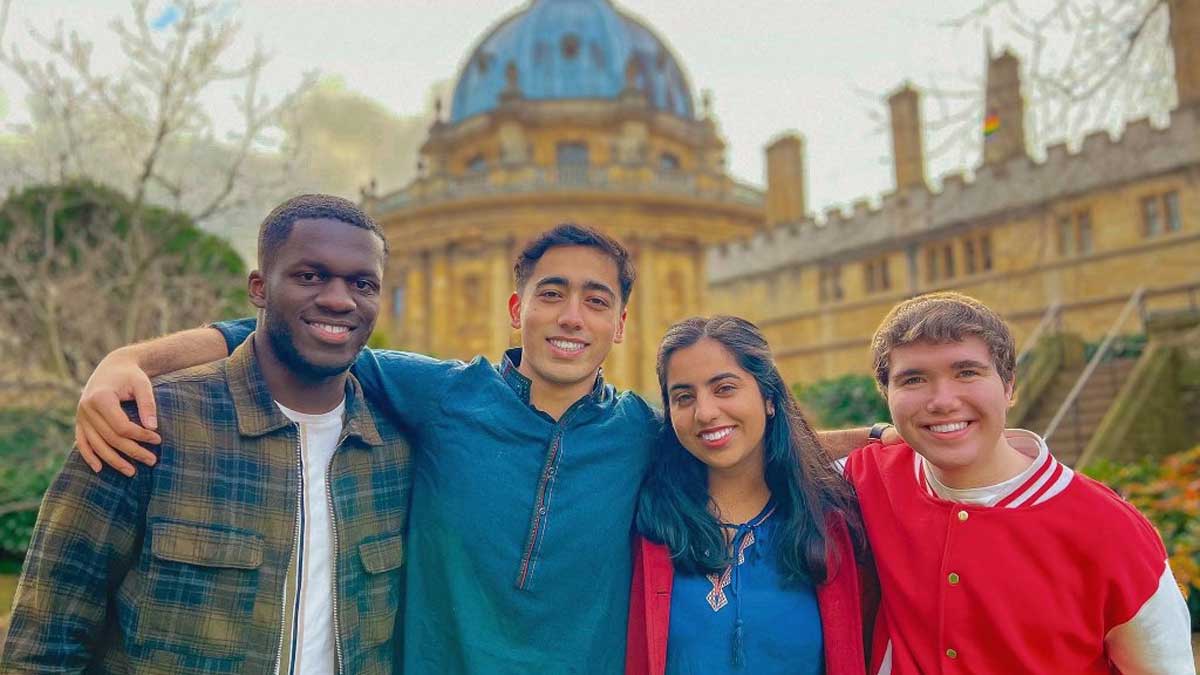 Nawaz tweeted, “Today is the most monumental and history-making moment of my life! I am so extremely proud to announce that I have been elected president of the Oxford Union, one of the world’s biggest and historical platforms!”

Ahmad Nawaz stated that he was “eternally grateful” to all the people who supported him in getting elected. He was “extremely grateful” to his parents who proved to be his support system.

“[I am grateful to] my friends who have been with me throughout this journey. And finally, my team, who have worked so exceptionally hard to make this truly historical moment happen!”

Lamenting, Nawaz recalled the attack and said that he lost his brother Haris and many friends on that fateful day.

However, the 20-year-old brave boy never let the violence stop him from chasing his studies.

Last year, he secured a place to study at the University of Oxford which is the alma mater of many distinguished Pakistanis, including Prime Minister Imran Khan, late Benazir Bhutto, Malala Yousufzai, and many others.

Apart from this achievement, Ahmad Nawaz is also a human rights campaigner.

On 16th December 2014, 147 people, comprising 132 schoolchildren, were slaughtered in the deadliest terrorist violence in Pakistan’s history when terrorists captured the Army Public School in Peshawar Cantonment and opened catholic fire.

Although the nation pays tribute to the innocent souls every year, their families are still fighting with the loss, their wounds are still as fresh as they were on that tragic day.

“We have lost our children, who have gone on to attain the status of martyrs, and for that we are proud. But the merciless manner in which they were killed, the way they suffered, is what pains us so,” a mother told the media.

Moreover, a mother shared her grief as she lost her two sons, “Allah blessed me with two sons and both were taken away from me in this incident,” she said, adding: “For us, every day is December 16.”