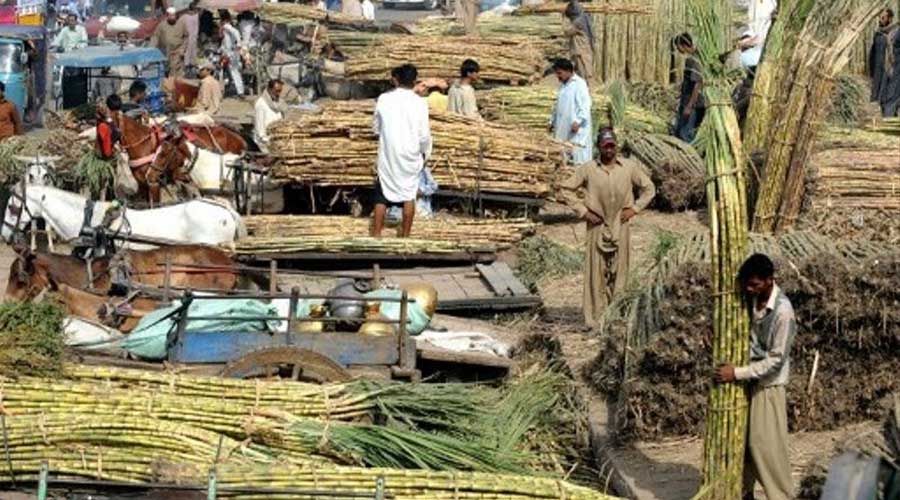 During the ongoing investigations against sugar mill owners, glaring statistics have come to light that reveals that 44 sugar mills owners from all over the Punjab province owe billions of rupees to sugarcane farmers.

The data revealed by Cane Commissioner Punjab says that 44 sugar mills owe a huge amount of Rs 4 billion approximately to the sugarcane farmers. Sugar mills owners owe Rs 1 billion to farmers, meanwhile they have an outstanding amount of Rs 3 billion in Anti-Corruption Punjab records. The farmers have lodged complaints many times to the authorities regarding outstanding payments.

“The Anti-Corruption Department summoned the owners of 44 sugar mills from all over Punjab with records”. Gohar Nafees, the Director General Anti-Corruption Punjab revealed that mill owners have been committing more carnages against farmers by means of unlawful deduction and low payments.

According to DG Anti-Corruption Punjab, the record has been demanded from mill representatives and further evidence will be publicized after a detailed investigation.

Gohar Nafees the DG Anti- Corruption further stated that the mistreatment by sugarcane to farmers will not be allowed and said that sugarcane growers were the worst exploited segment of the farmer community as a whole.

He said that two and a half thousand complaints have been received in the last two weeks against mill owners. 1363 complaints were received regarding payment below the prescribed rate, and 641 complaints regarding non-payment of money.