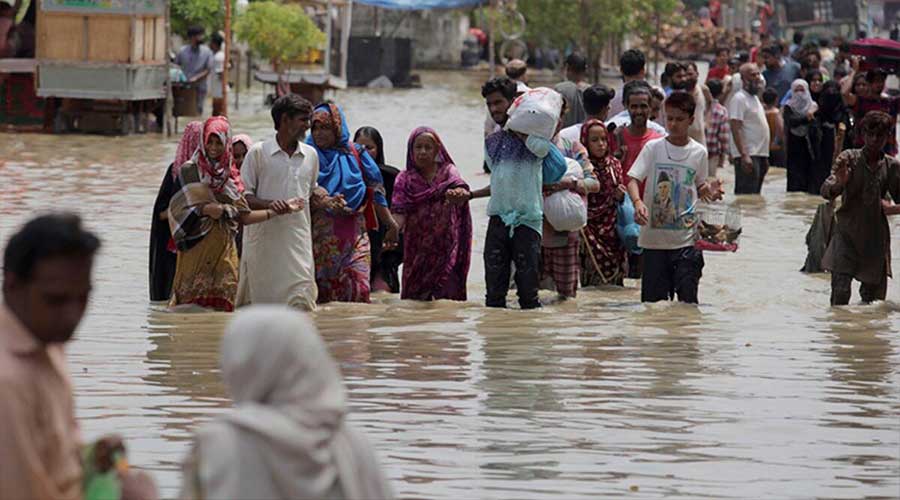 The 3 days of monsoon rain in Pakistan has caused havoc and only in Karachi, more than a thousand homes have been damaged and approximately 90 people have died.

On Tuesday, Pakistan’s National Disaster Management Authority informed that three days monsoon heavy rain have damaged the metropolitan city to a greater extent. This catastrophe has killed 90 people and over a thousand houses have become the target of this season’s rain. According to the report, streets and homes were flooded with sewage water in Karachi, where the drainage and sewage systems remain outdated.

Monsoon rain in Karachi, Pakistan expected to continue this week

Moreover, troops, rescuers, and volunteers from different organizations were seen evacuating people from inundated residential neighborhoods in Karachi as some families waded through waist-high water. Many people seemed to migrate to their relatives’ homes by leaving their own houses as they have been highly affected due to heavy rain.

NDMA reported, “Troops using boats evacuated 300 people from the rain-hit district of Dadu in Sindh province, while 1,245 people were evacuated from Karachi’s rain-hit areas, where residents said they were still waiting for help.”

Prime Minister Imran Khan is trying hard to clear the affected areas, earlier in this month, he sent in the army and ordered NDMA to help authorities in pumping out rainwater from besieged residential areas. However, rains are still expected to continue this week in Karachi. According to the forecast, there would be continuous heavy rain in some areas of province Punjab in the same week.

Coronavirus has not ended till now and the new problem has lashed out in Pakistan, fortunately, virus spread has controlled to a high extent but the second wave is expected to around the corner.