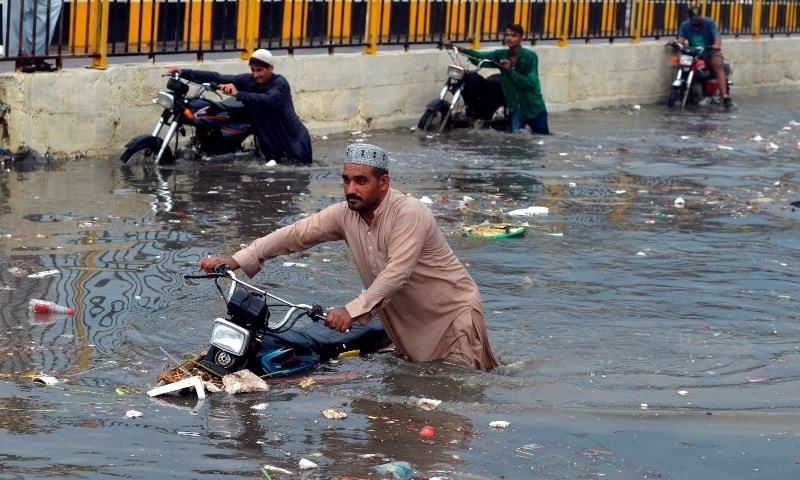 Before the next spell of heavy rain forecast later this week, NDMA teams along with the Frontier Works Organization (FWO) started clearing the main nullahs in the city.

Heavy machines are being used by the teams involved in cleaning the drains, to lift the trash and shift it to the city’s landfill sites.

People started raising questions against the performance of the provincial authorities. The monsoon rain turned many roads into rivers of rainwater infused with dirty sewage water that flooded many houses and shops, carried away many cars, motorbikes, and other vehicles. This 2020 flood has killed 10 people in which children are also included.

Although the Sindh government maintained that the condition in monsoon rain could’ve been worse. Nasir Hussain Shah Local Government Minister right after the flood-like conditions said, “The Sindh government has been implementing emergency [rainfall] measures under a comprehensive, integrated policy for several months. The situation is not 100 percent, but at least we are in the field with our people,”