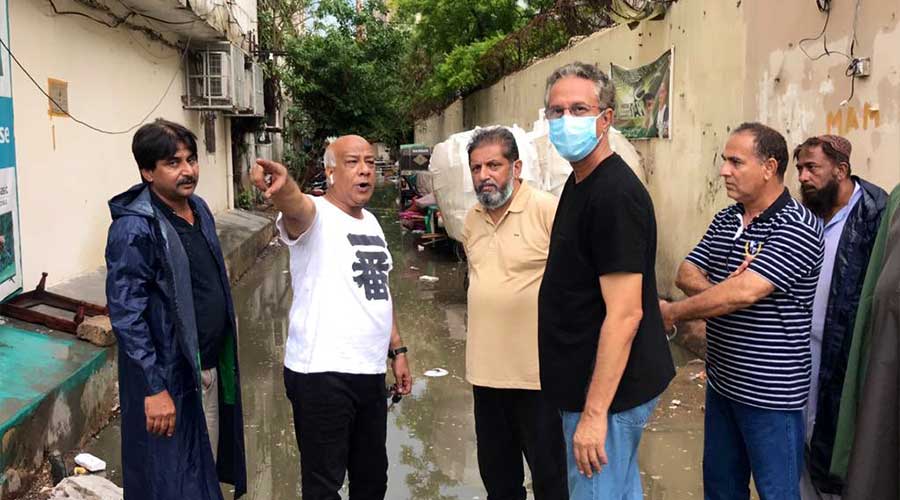 On Tuesday, Mayor Karachi Wasim Akhtar told that rain drains have not been cleaned since 2018, even funds of 500 million rupees were issued for cleaning purpose.

Rain drains have not been cleaned since 2018 although, on the directives of the apex court, the Karachi city administration issued 500 million rupees of funds nothing was done, said Mayor Wasim on Tuesday.

Supreme Court passed similar directives in 2017 and thereby 1.12 billion rupees were given by the Karachi Metropolitan Corporation to clean drains.

Moreover, the National Disaster Management Authority issued the warning of an urban flood. The mayor further said that KMC did not have enough and sufficient funds in order to carry out the cleaning of drains and that he has written many letters to Chief Minister Syed Murad Ali Shah to have funds for drain cleansing but the provincial government paid nothing.

Mayor Wasim Akhtar added, “In a meeting led by the chief minister and attended by the local government minister and others it was decided that CLICK would carry out the cleaning of drains in Karachi in the supervision of Zubair Channa, who was the project director and representing the World Bank”.

The mayor said, “Cleaning of drains is not a permanent solution as the garbage is still being dumped in drains. This issue will persist until the garbage disposal system is upgraded”.

He also denied that funds are provided to KMC for the cleaning of drains every year and said “There are 500 small drains under the administrative control of DMCs and no funds were issued for their cleaning,” he said and added that Karachi needed help and someone needed to own the city.