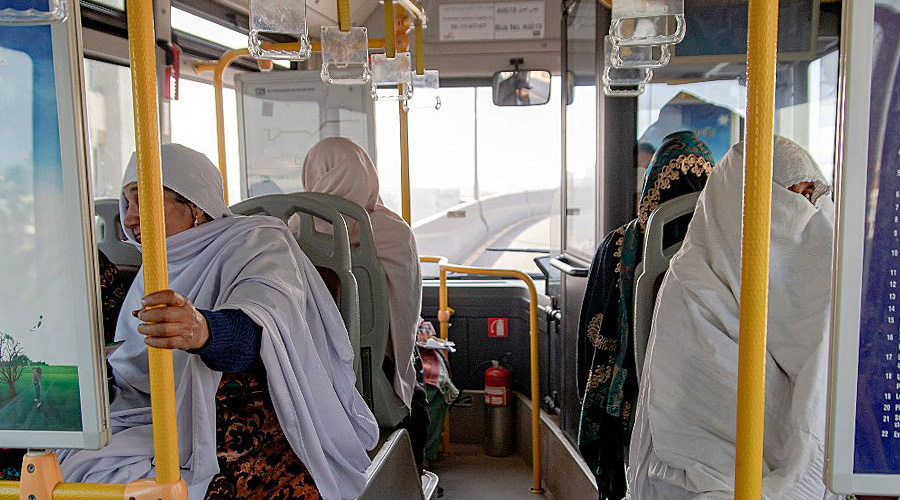 The newly inaugurated Zu Peshawar (meaning “Let’s Go Peshawar” in the local language Pashto) is transforming the lives of citizens in the city, according to Asian Development Bank.

Peshawar has become the center of trade and commerce close to the border with Afghanistan, the city of around 2 million people has grown rapidly putting significant pressure on Peshawar’s already creaking transport infrastructure.

Zu Peshawar BRT has 30 stations along a 27-kilometer corridor linking east to west across the city.

It runs a fleet of low-emission, electric-hybrid buses with dedicated lanes to reduce congestion. In addition to well-lit stations, there are priority facilities for women, the elderly, and people with disabilities. The entire line also has 100% step-free, universal accessibility.

Moreover, jointly financed by ADB, Agence Française de Développement, and the government of Khyber Pakhtunkhwa, TransPeshawar is expected to lead to a 31,000-ton-equivalent reduction in carbon footprint per year.

Zu Peshawar Bus Rapid Transit System is now offering a significantly faster, safer, cleaner, and more affordable option, and profoundly changing lives for the better. This city was once limited to old buses, expensive taxis, or walking but now, peoples’ lives are being transformed of this city.

She also said, “But since the inauguration in August 2020 of Zu Peshawar, a bus rapid transit (BRT) system running a fleet of low-emission, electric-hybrid buses with dedicated lanes to cut congestion, things have started to change.”

“Since using BRT, it is very reliable, it is very secure, and it is pretty convenient,” said Muskan, standing in a modern, bright bus station constructed mostly of steel and glass.