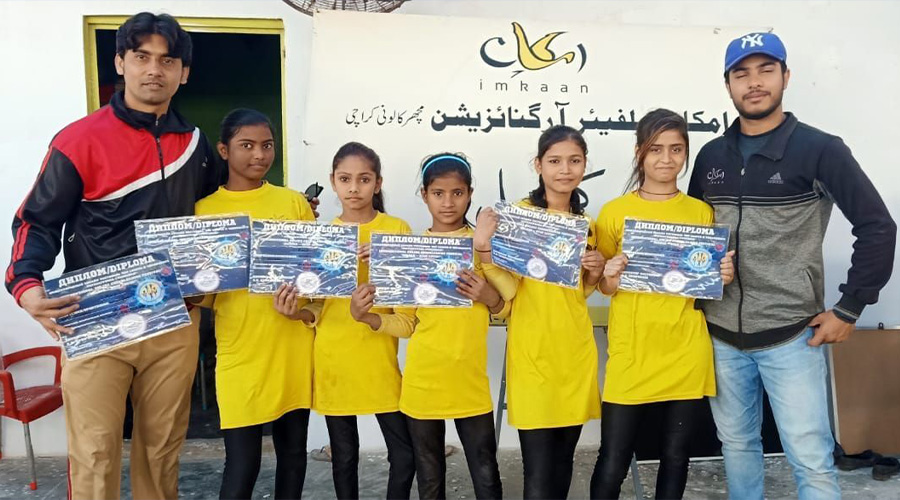 Five Bengali girls from the Machar Colony area of Karachi have won the first prize in the International Cheerleading Festival in Russia.

These girls are stateless, no country recognizes them as its citizens, and as such they have no identity. They neither have identity cards nor passports. Without these documents, they cannot travel to another country and return home.

COVID-19 pandemic turned out to be a blessing in disguise for them as this year, the festival was held online due to the shut down of global travel. The festival collected video submissions that became a fortunate chance for these sisters. The Imkaan Welfare Organization team of the girls entered the competition and won in the junior free cheer category.

IWO Director Tahera Hasan is proud of the efforts these young Bengali girls from Karachi and her team have made. Yet, she lamented that the state will not even recognize them as its citizens.

“Because they don’t have an identity or a CNIC, they have no access to education, jobs, healthcare, even a bank account,” she said. She would tell this to anyone, hoping that something would change.

Although, Pakistan’s laws provide the right to citizenship to any Bengali present in the country from 1971 to 1978, or anyone who was born here.
“Many Bengalis have manual identity cards, but things changed when NADRA began computerizing its database,” Hasan said.

“The National Alien Registration System was created to identify and facilitate such communities to receive their rights under the law, but instead it has been used as a tool for discrimination.

“It all comes down to NADRA’s officers,” she said. “Frontline workers discriminate due to which people can’t process their applications, or [they] put them in F category.”

“Some of our team members started teaching kids gymnastics and table tennis,” she said. “Later, their parents asked us to educate their sons and daughters too, since they couldn’t go anywhere else.”