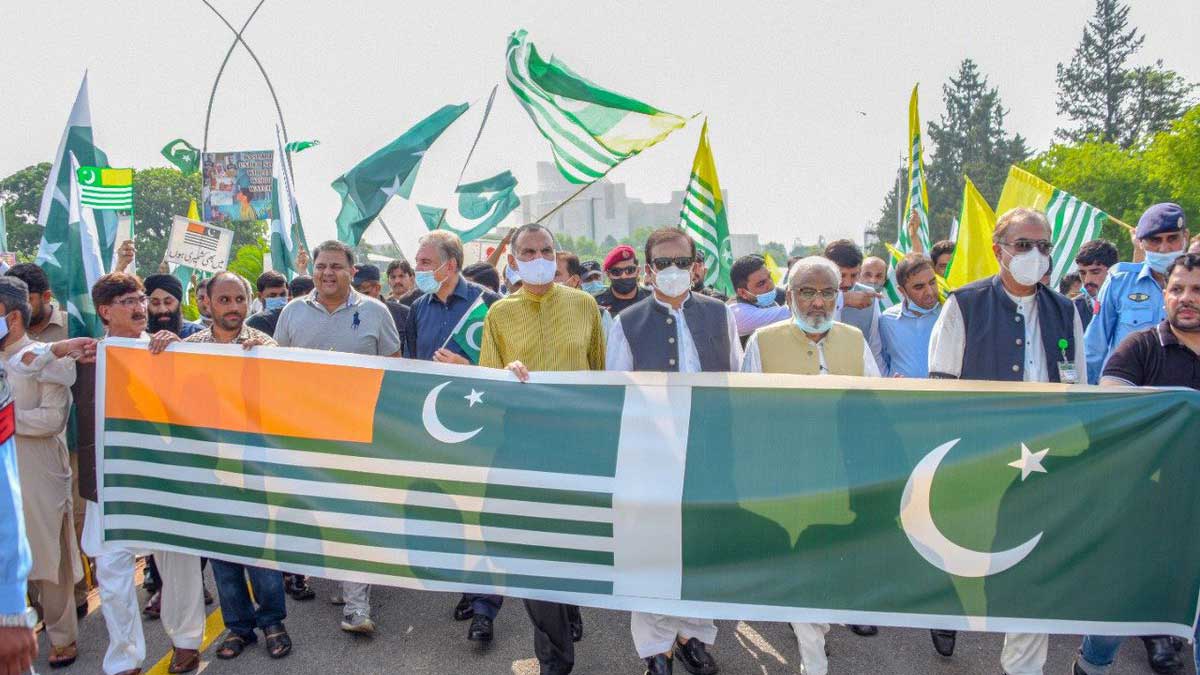 In a series of tweets, the prime minister said: “Today commemorates two years since India’s unilateral and illegal acts in IIOJK on August 5, 2019.”

He complimented the people of occupied Kashmir for being “unfazed in their quest for self-determination” and pledged to continue advocating for their rights “until Kashmiris are able to decide their own future in accordance with UNSC resolutions.”

“Resolution of Kashmir conflict as per UN Resolutions and aspirations of Kashmiri people is crucial for enduring peace and stability in the region,” the ISPR wrote in another tweet.

Kashmir, we are with you: President Alvi at Youm-e-Istehsal rally in Islamabad

The president added, “Today marks the day when the people of occupied Kashmir announced a strike” in protest of New Delhi’s decision to abolish the valley’s special autonomy. He also criticised pellet gun attacks and Indian atrocities against “our Kashmiri brethren.”

“I want to tell my Kashmiri brethren that we are with you,” he said, adding that PM Imran has “compelled the world to accept” the case of occupied Kashmir.

He chastised India for attempting to alter the valley’s demographics, and warned that a “new, stronger” Pakistan was on the rise, ready to ensure that Kashmiris were given their rights.

Repealing of Article 370 was meant to rob Kashmiris: Shehbaz Sharif

“August 5 commemorates two years of India’s unethical, illegal, and unilateral annexation of occupied Kashmir that flew in the face of the UN Charter and all bilateral treaties,” PML-N President and Leader of the Opposition in the National Assembly Shehbaz Sharif stated in a tweet.

Modi’s removal of Article 370, he said, was a “ultimate solution” aimed to deprive Kashmiris of their identity, human rights, and state.

“Kashmiris’ struggle for UN-sanctioned rights against a fascist Modi dictatorship masquerading as democracy renews our faith in the strength of resistance and defiance,” Shehbaz added.

He went on to say, “Today, we pay tremendous respects to Kashmiris for their fortitude and gallantry.”