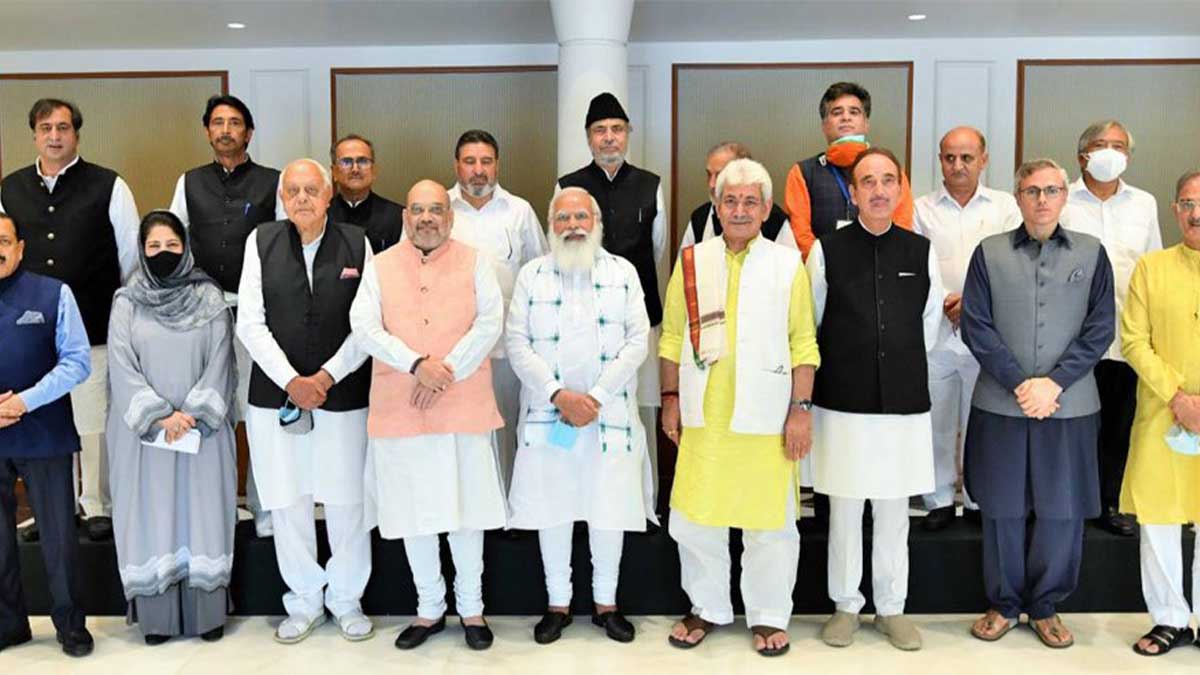 “In my view it was a drama and why was it a drama? Because at best it could be called a public relations exercise but nothing was achieved,” Qureshi said to media in Islamabad a day after the high-level meeting on Indian Occupied Jammu and Kashmir in New Delhi.

Read more: ‘All unresolved issues, including Kashmir conflict, must be discussed between Pakistan, India’

According to Indian media sources, Indian Prime Minister Narendra Modi met with the leadership of Indian occupied Kashmir in New Delhi to discuss elections and the delimitation of territory in the occupied region.

Farooq Abdullah, his son Omar Abdullah, senior Congress leader Ghulam Nabi Azad, and Mehbooba Mufti are among the prominent leaders who have been invited to the meeting.

The All Parties Hurriyat Conference (APHC) has not been invited to the meeting by the Modi government.

This will be the first political meeting between the Kashmiri leadership and the BJP government in New Delhi since New Delhi abolished Article 370 of its constitution in August 2019, a move that was widely condemned by the public, Pakistan, and China.

Modi should speak to Pakistan too, says Mehbooba Mufti

Before the meeting, Mehbooba Mufti, the head of the Peoples Democratic Party (PDP), requested Indian Prime Minister Narendra Modi to speak with Pakistan about the Kashmir problem.

She stated that there was no reason for India not to communicate with Pakistan since other countries can do so.

“If they can go to Doha and talk to the Taliban, they should have a conversation with us and Pakistan as well,” she said.

According to Indian media sources, the Indian government’s primary goal is to complete the delimitation process and hold elections in occupied Kashmir as soon as possible.

Kashmiri activist Mushaal Hussein Mullick described Modi’s meeting with Kashmiri leadership as “theatre and drama” in a video message taped before the meeting.

The Indian prime minister and his government had “rendered every Kashmiri stateless, without an identity, and snatched their flag and statehood.” She claimed.

According to Mullick, Modi expects the world to believe in normalcy and democracy “on the graveyard of innocent Kashmiris, while every Kashmiri is silenced and forced to flee.”

She claimed that individuals who spoke up for the people of occupied Kashmir were imprisoned, beaten, tormented, and sentenced to death.