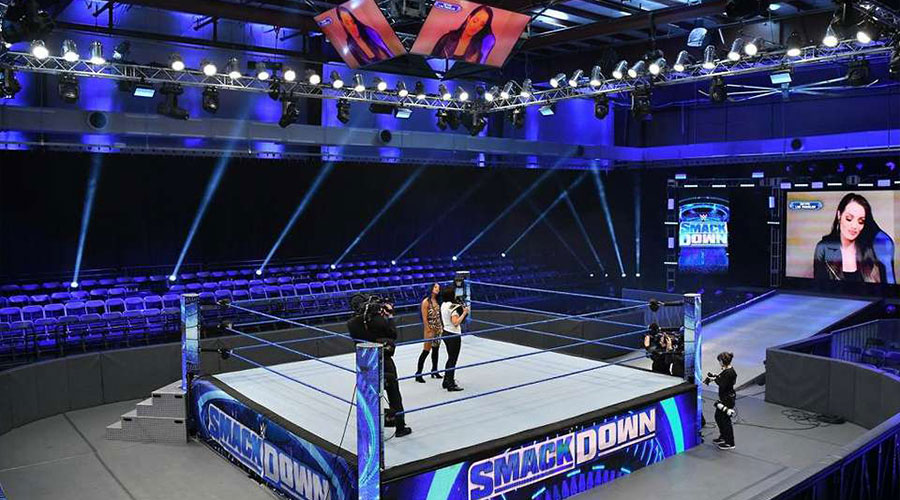 According to WWE, at least 30 of its staff members tested positive for COVID-19 at its performance center in the last three weeks. The entertainment company conducted over 1,500 tests on its new talent till the end of June.

The company statement made it clear that WWE will continue to conduct COVID-19 tests on its new talent, production crew, professional wrestlers, and employees in advance of TV production for the predictable future.

The company further explains that they will continue their operations and entertain its audience but before the event starts, the wrestlers will have to be tested and those who tested positive will be immediately isolating themselves.

Due to an increase in corona cases, WWE has made wearing masks mandatory for everyone and if someone violates the company policy then the violator will be charged with $500 fine for the first time and $1,000 if the same person made mistake for the second time.

As Covid-19 measure WWE will use Fake Crowd Noise

Due to coronavirus every sports segment has been shut down and now with the revival of the sports industry, different sports are planning to introduce no spectator’s policy.

WWE is also back on its track but without fans, pay per view system is being followed, and to give a boost to its professional wrestlers in the arena WWE will be using fake crowd noise.

The United States of America is the worst-hit nation in the world with a total of 3,502,349 corona cases detected until now and faced 138,620 causalities.