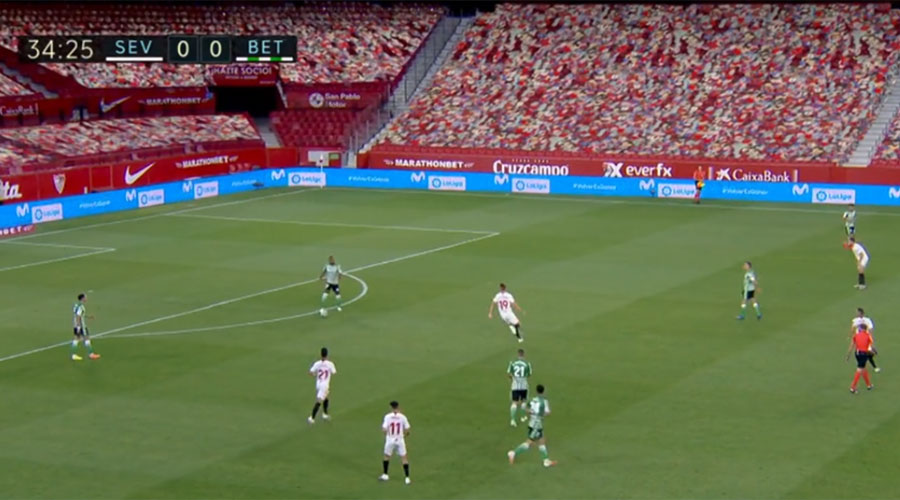 Due to coronavirus pandemic, everything was stopped but now with everything is coming back to normal, sports activities are also slowly returning where they belong. After the German football league Bundesliga returned in action, Spanish league La Liga also announced a return to the stadiums but with the CGI crowd.

A football without fans chanting and commentary is very dull so to turn things around La Liga worked together with EA sports teams who manage the football section to provide crowd noise while on the other hand a Norwegian broadcasting technological based company named as Vizrt has assisted in visuals to give an impression of a crowd in the stadium with CGI crowd.

Melcior Soler, director of LaLiga’s audiovisual department expressed via a statement, “we respect a lot what other leagues are doing, but what we do is different than others. We are thinking of this as a televised entertainment spectacle. By using the latest technology we will display on the screen such audience that you used to see while watching the football match”.

The crowd sound and fake audience were shown in the Sevilla-Real Betis match. Which was better than the technology used in Bundesliga.

Although, fans mirroring is not looking like what we see in FIFA games. Instead, the tech company uses cover stand through static texture that looks like a crowd. Although it’s not that accurate, it is a way better option than seeing empty seats.

On the other hand, the audio is not like an actual football crowd where people are singing songs and shouts at other players, instead, you will listen humming in the background noise and that noise keeps on increasing or decreasing according to the match situation. Whenever there is a goal the crowd chanting will go mad and start roaring.

So overall La Liga is doing much better than other leagues at the moment and we expect more interesting things to come in the near future.