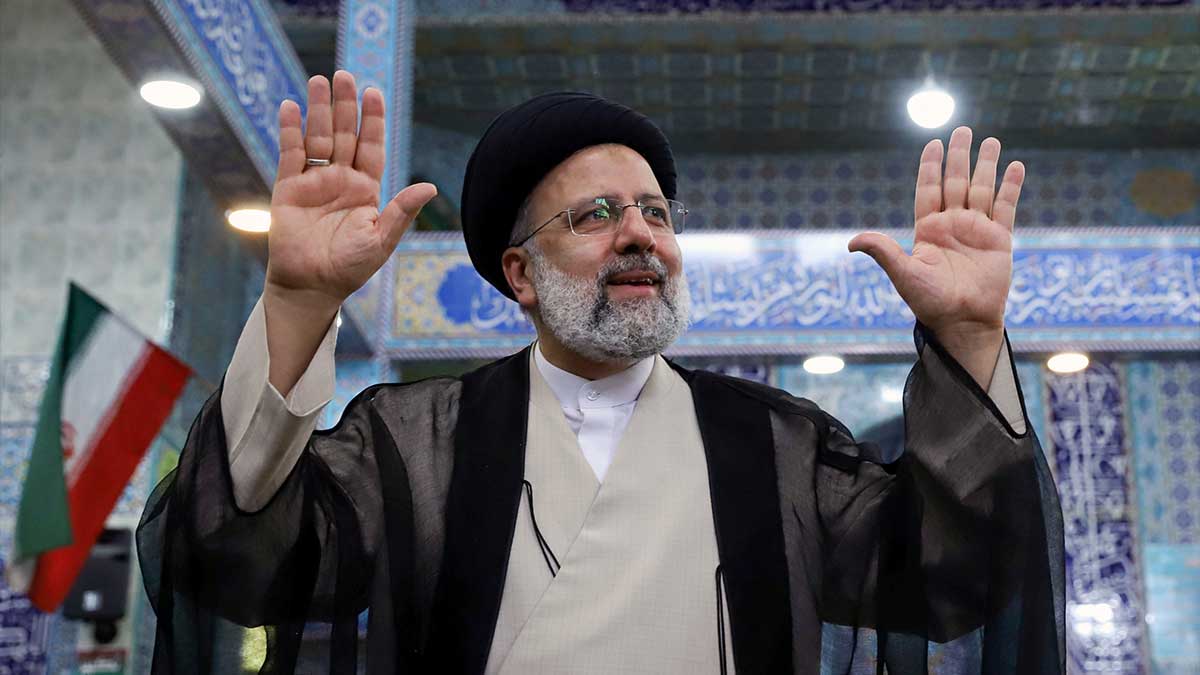 Iran’s judiciary chief, Ebrahim Raisi, has won a landslide victory in the country’s presidential election, which had the lowest turnout in the Islamic republic’s history and pushed the supreme leader’s protege into Tehran’s top civilian position.

Raisi, 60, will take office in August, succeeding President Hassan Rouhani, who was barred from seeking re-election for a third consecutive term under the constitution.

He will rule the country at a pivotal moment for Iran, as it attempts to repair its shattered nuclear deal with other powers and free itself from harsh US sanctions that have sparked a dramatic economic downturn.

Raisi’s election became more of a coronation after his main competitors were disqualified from running due to human rights violations.

Recep Tayyip Erdogan, the Turkish president, congratulated Raisi on his victory, saying he hoped collaboration between the two neighbours will improve during Raisi’s term.

In a letter to Ebrahim Raisi, Erdogan stated, “I am ready to collaborate with you, stating my view that collaboration between our two countries would improve during your president.”

According to a statement from the Syrian presidency, Syria’s President Bashar al-Assad congratulated Raisi on his victory and expressed his desire to work with the new president to enhance ties between the two nations.

Barham Salih, the president of Iraq, expressed his “sincere congratulations and blessings” on Raisi’s election as Iran’s president.

In a statement, he said, “We in Iraq look forward to improving our solid relations with our neighbour Iran and its people.”

According to al-Masirah TV, Mahdi al-Mashat, the head of the Houthi movement’s political office, congratulated Raisi on his victory.

In a statement, Hamas spokesman in Gaza Hazem Qassem said, “We congratulate the Islamic Republic of Iran on the success of the democratic process, the holding of the presidential election, and the victory of Ebrahim Raisi as Iran’s president.”

“We wish Iran’s Islamic Republic success and happiness. Iran has always been a staunch and unwavering backer of the Palestinian cause and resistance.”

In a statement sent by Dubai’s media office, Vice-President and Dubai ruler Sheikh Mohammed bin Rashid Al Maktoum said, “We hope for the Islamic Republic, and for our bilateral relations, stability, continuity, and prosperity.”

The US voiced concern that Iranians were unable to vote in the country’s presidential election in a “free and fair democratic process.”

According to RIA news agency, citing a press official at the Russian embassy in Tehran, Russian President Vladimir Putin congratulated Ebrahim Raisi and expressed expectations for “further growth of a constructive bilateral relationship.”

“Of all the people that Iranian Supreme Leader Ayatollah Ali Khamenei could have chosen, he chose the Tehran hangman, the man infamous among Iranians and around the globe for commanding the death squads that murdered hundreds of innocent Iranian citizens over the years,” Bennett added.