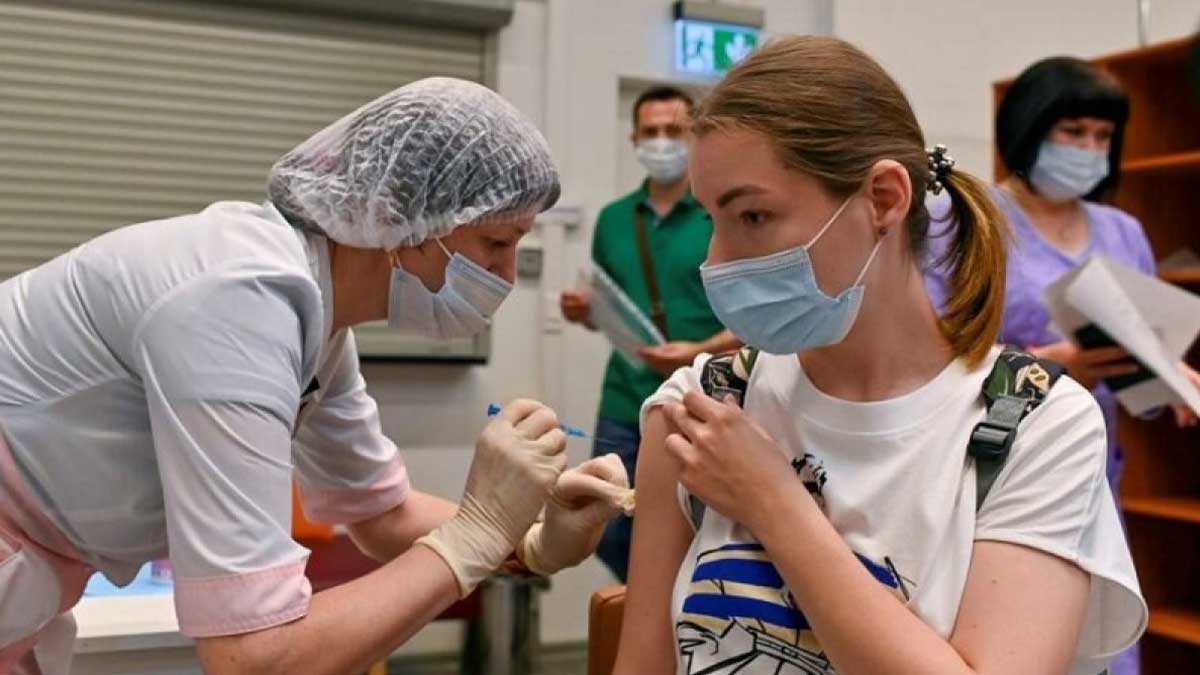 The pace of vaccination has quickened as the world passed three billion Covid-19 vaccine mark and as countries struggle to curb the aggressive Delta version that is causing new outbreaks around the world.

Many countries have been taken off surprise by the extremely infectious coronavirus strain, with Russia reporting its greatest daily death toll yet, Australia closing down cities after cities, and fears mounting about big sporting events like as Euro 2020 and the Olympic Games.

At least 3.9 million people have died as a result of Covid-19, and while some wealthier nations are successful in reducing infections because to aggressive vaccine campaigns, others are failing.

According to the tally, high-income countries, as defined by the World Bank, have given out an average of 79 doses per 100 people, with the United Arab Emirates, Bahrain, and Israel leading the way.

In low-income countries, one shot per 100 people is the average.

In the midst of the pandemic, foreign ministers from the Group of 20 major economies emphasised the need for more global cooperation.

“Multilateral cooperation will be critical to our collective ability to stop this global health crisis,” US Secretary of State Antony Blinken told a meeting of foreign ministers in Matera, Italy.

Western governments have agreed to donate one billion Covid vaccine doses to poorer countries, but they have been chastised for taking too long to act.

Vaccine apprehension has also contributed to the poor uptake.

To combat scepticism, officials in Russia mandated vaccinations for specific groups of citizens on Tuesday, the greatest daily death toll since the onset of the pandemic.

Over the past 24 hours, the country has reported 652 coronavirus deaths, with a daily death toll of 119 in Saint Petersburg, which is hosting a Euro 2020 quarter final on Friday.

Meanwhile, public outrage in Australia is building over the slow pace of vaccines in a country that had previously been largely successful in eliminating local transmission and maintaining a relatively normal life.

The Delta version has brought Sydney, Perth, Darwin, and Brisbane to a standstill, forcing more than 10 million Australians to stay at home.

However, it is estimated that only about 5% of individuals have got both vaccine doses.

Concerns about current or forthcoming sporting events have been fueled by the Delta variant’s transmission speed.

For the semi-finals and finals at Wembley, attendance will be increased to 75 percent, or more than 60,000 fans, in what will be the highest audiences at a sporting event in Britain since the pandemic began.

The Delta form was originally discovered in India, which was hit by a coronavirus outbreak that wreaked havoc on hospitals and crematoriums in April and May.

Bodies buried hastily along the river’s banks by families who couldn’t afford funeral pyres have begun to resurface when flooding ejects them, a reminder of the virus’s awful human tragedies.