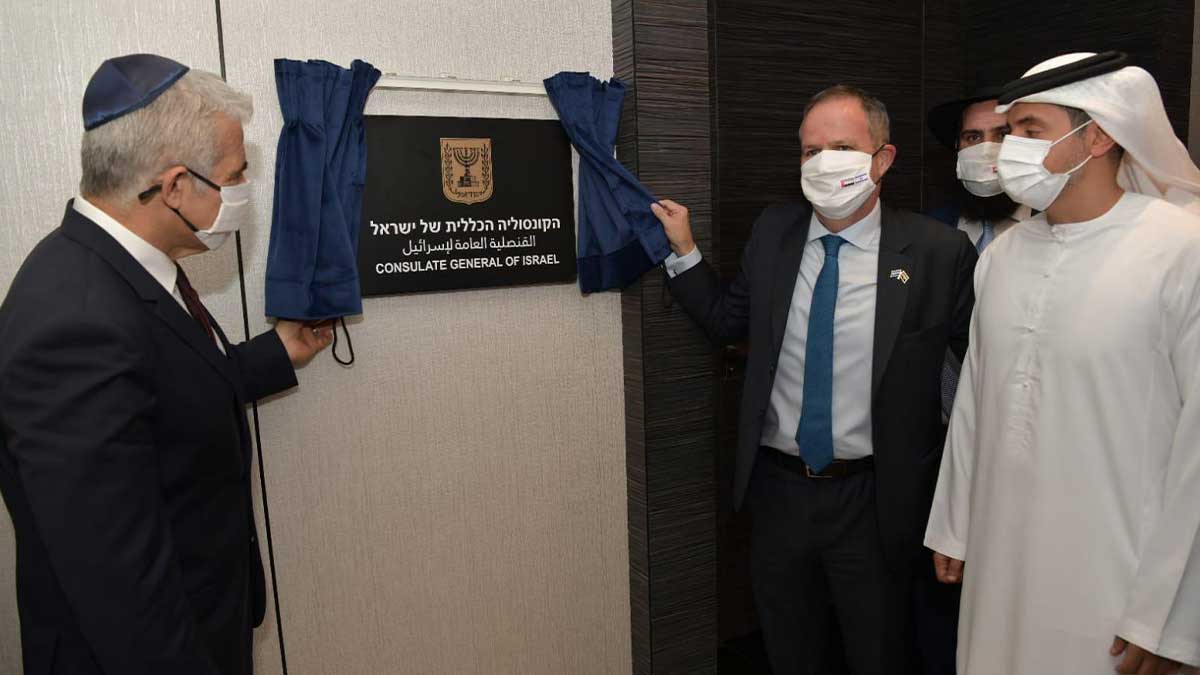 In his first United Arab Emirates’s visit, the top Israeli diplomat Yair Lapid revealed that the first Jewish embassy is going to be operational after the nine months of normalization ties between both countries.

After the opening of the Jewish embassy in UAE, the Israeli Lapid shared a picture of himself along with Sheikh Abdullah bin Zayed Al-Nahyan on Twitter account.

The move was welcomed by the America, as US ecretary of State Antony Blinken shared views that the opening of the Israeli embassy in UAE is historic.

In a statement, Lapid stated that his visit and the opening of the first Israeli embassy in a Gulf state are “important for Israel, the UAE, and the entire region.”

Israeli ministers had previously visited the UAE, but Lapid, who was just appointed, was the highest-ranking Israeli to do so, and the first on an official mission.

“Israel wishes to live in peace with its neighbours. With the rest of its neighbours. There’s no way we’re leaving. We call the Middle East home. We’ll be here for a long time. We urge all of the region’s governments to recognise this. And to come and speak with us, “During the opening ceremony, Lapid said.

Later in a statement, the Israeli foreign ministry said Lapid and his UAE counterpart inked a deal on economic and trade cooperation.

The agreement, which requires both governments’ permission and is renewed every five years, also covers fair collaboration and delegation exchanges, according to the statement.