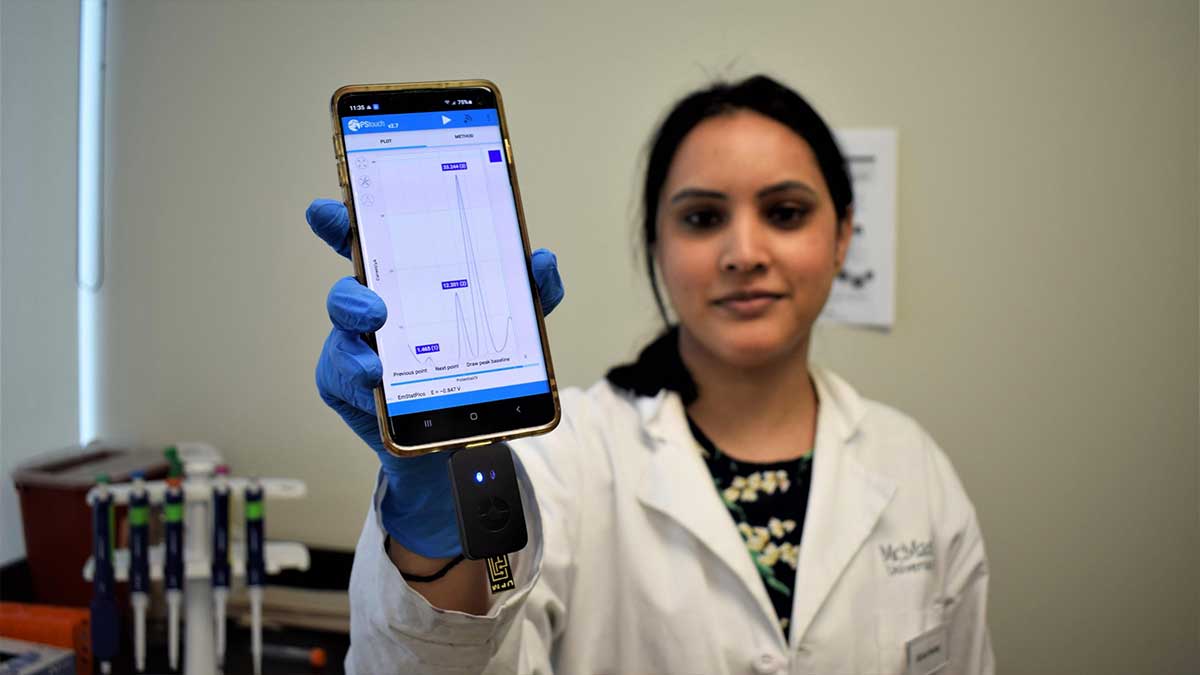 31-year old Richa Pandey, the post-doctoral research fellow at the McMaster University Canada comes of Bilaspur, Chhattisgarh, India, along with her team has developed a new “smartphone test” that can diagnose bacterial infections such as urinary tract infection in less than an hour.

The team is also working for the detection of viruses of SARS-CoV-2, by testing samples from Covid-19 patients. The newly developed technology uses a very small handheld device, having a microchip to analyze blood, urine, or saliva samples for specific protein signatures of infection. The device is like USB stick plugs into a smartphone to display the result.

The young scientist, Richa Pandey told about this invention, “We used specific DNAzymes –synthetic DNA molecules – that can interact with the components of bacterial cells. This is embedded in our highly sensitive device that can translate this interaction of bacteria and DNAzyme into an electrical signal in less than an hour without the need for any bacterial growth and enrichment. The results can then be read on a smartphone.”

At present, to diagnose infections take a long time and due to this delay, the infection can aggravate. Moreover, in poor countries where the availability of good laboratories is rare, the patients face miserable conditions.

Meanwhile, Leyla Solemani, another researcher, working on this project says that this invention will be a kind of blessing for the poor and developing countries as this would be taking the diagnoses of the disease in a minimum time. On the other side, the use of antibiotics would also come down.

Richa Pandey, the young Indian scientist said this study shows a proof of concept to detect E.coli which is one of the most common bacteria to cause UTI. But given its versatility, multiplexing capability, and ease of operation, this technology can be developed for other applications such as rapid and early diagnosis of sepsis or viral infectious disease.

The teams of these researchers are now looking for industrialists to accelerate their commercialization efforts.