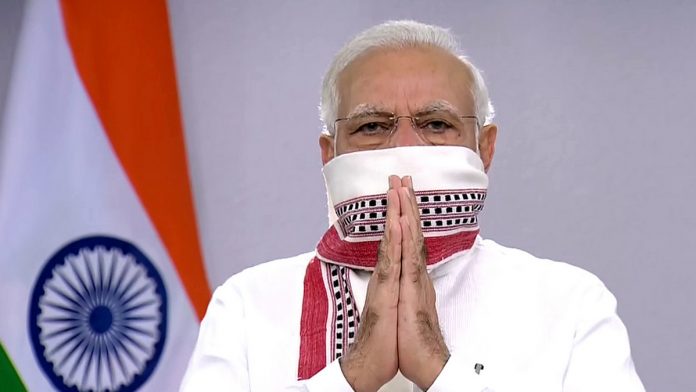 The Prime Minister of India, Narendra Modi has acknowledged that the poor of the country has been devastated by the lockdown imposed in order to contain the spread of the virus; their pains and miseries cannot be narrated in words.

The present pandemic of coronavirus has disturbed the Indian economy and social set up. The abrupt implementation of lockdown crushed the migrants of the country who were bound to travel to their native areas from the big cities. According to some estimates, more than 130 migrants have lost their lives due to accidents on the way back to their home states.

Moreover, the blame game also started from the media after dog whistling from politicians to accuse the Muslims of starting and spreading the coronavirus. Unfortunately, the government of India could not address both the issues properly. At a macro level too, the Indian economy is vulnerable to a lot of threats. In a monthly radio program, PM Modi’s Mann ki Baat, the Indian Prime Minister openly confessed that the poor’s conditions are aggravating.

The Prime Minister remarked that all of us have felt the pain and miseries of coronavirus. He went on to say that the federal and provincial governments are taking every possible step for the relief and employment of the citizens.

Prime Minister Modi said that the effects of coronavirus in India are far lesser than those of the other countries. The Prime Minister asked people to be extra vigilant, follow government orders and take precautions such as maintaining social distance and wearing masks as a major portion of the economy has opened up.

Till now 237,395 cases have been diagnosed and 6,650 people have died. India has the 6th highest coronavirus cases in the world. On average 10,000 new daily are being reported from the last week and only yesterday 9,471 cases were reported and 286 people lost their lives.