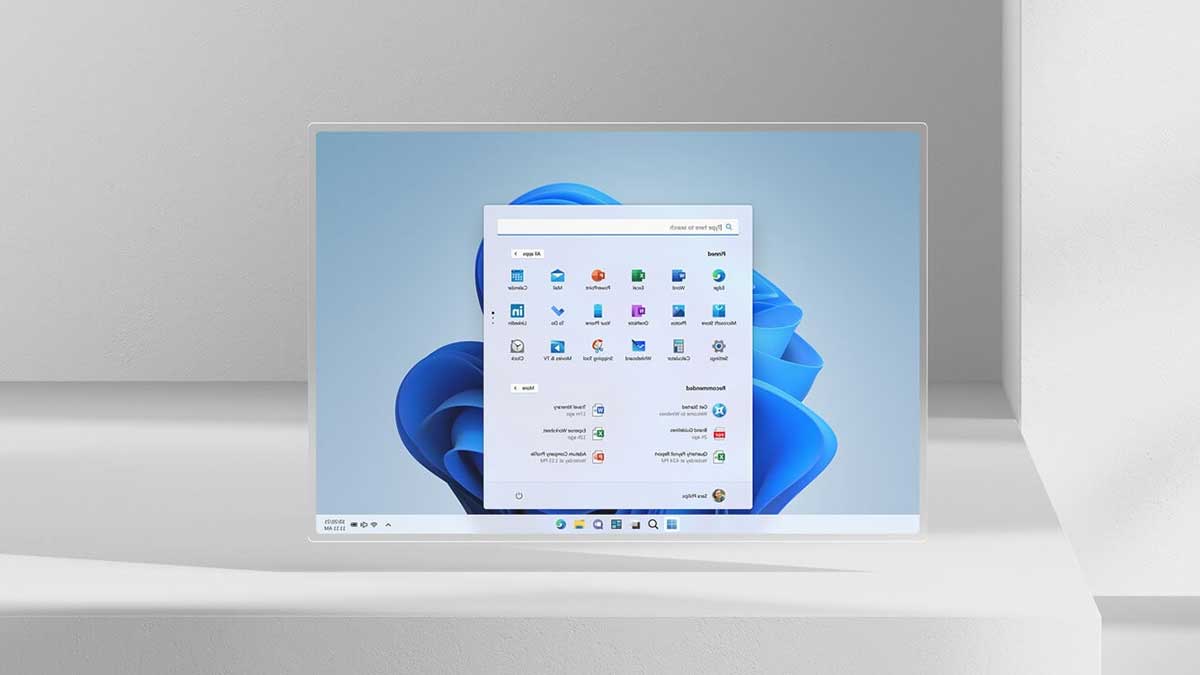 After months of teases and massive leaks, Microsoft has officially announced Windows 11.

The revamped user interface, efficiency and multitasking enhancements, a new Windows Store, and integrated support for running Android apps for the first time are all major highlights of Windows 11.

The first thing you’ll notice about Windows 11 is that it has a new Start menu and an updated Start button that are both customised across the taskbar.

The user interface is quite similar to Windows 10X, a Microsoft concept for dual-screen devices that was shelved. For starters, Live Tiles, which were first introduced in Windows 8, have been removed from the Start menu. It’s now more like to a launcher, complete with apps, recent document tabs, and a distinct search interface.

Most of the focused appearance, is nearly identical to that of macOS and Chrome OS, and there are rounded corners similar to those seen in Android and iOS.

Microsoft has also included a “Snap Layout” function, which enables users to instantly snap apps into any of the Windows 11 modes.

This functionality may come in helpful for supporting multiple screens/monitors and assuring that apps always open on the correct display from the start.

In contrast to prior versions of Windows, Microsoft has made improvements to the new operating system’s performance. Windows updates will be 40% smaller and more efficient with the current release.

Microsoft Teams is now integrated with Windows 11 on the taskbar for the first time, allowing users to call friends, family, and coworkers. What’s evident is that Microsoft is slowly abandoning Skype, which was included with Windows 10 for free.

Touch gestures and Widgets are also important features of the new operating system.

According to Microsoft, “widgets” are AI-powered tailored feeds that can be used to adjust preferences to a certain news feed, weather forecast, or maps.

Microsoft has teamed together with Amazon and Intel to make this a reality, and Windows 11 will make it possible to use Android apps.

In their official feed, Microsoft displayed TikTok and other Android apps operating alongside Windows apps on the new Windows, and the company promises to reveal more details in the coming months.

Windows 11 has yet to be given a release date, but Microsoft has stated that it would be available as a free update for Windows 10 users starting in October.