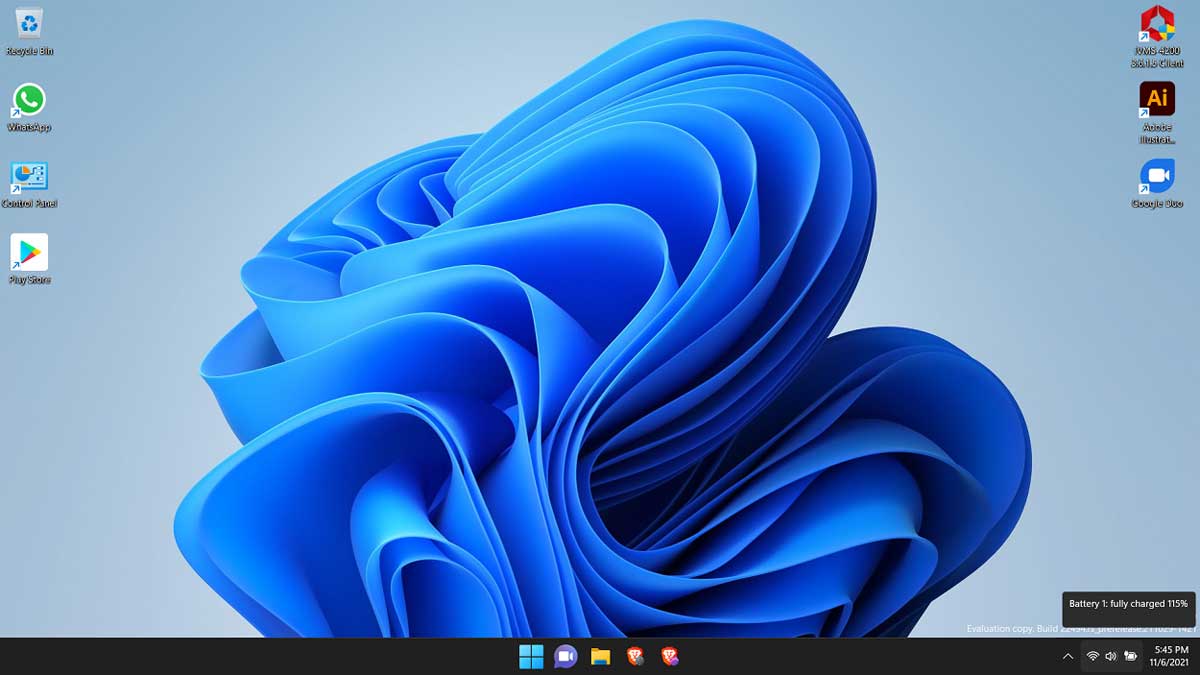 Over the last few weeks, a number of issues have been identified in Windows 11, but one that was discovered yesterday may be pushing laptop batteries past their maximum charging capacity.

A Reddit user by the name of Zondax noticed that their laptop displayed the message “Battery status: fully charged 103%” when the cursor was hovering over the battery symbol, and then further increased to 104% a few hours later.

Zondax, who was playing a game of Old School Runescape had the device on charge.

Read more: How to upgrade to Windows 11 without waiting in line

User Zondax commented after the device hit 104% that ” I kinda don’t want to unplug it, I’m curious to see how far it will go”.

Given that Microsoft’s new operating system is still in its early stages, glitches are to be expected, which is why some people are delaying upgrading until their concerns are addressed and resolved, even if they already have a device that matches the high hardware requirements for Windows 11.

A few battery-related issues have also been reported, including users who can’t get their laptop batteries to charge past 80% and another Reddit thread with multiple users reporting that their laptop’s battery life has decreased since upgrading, with some stating that they’ll be downgrading to Windows 10 as a result.

We have no way of knowing whether the device’s battery is indeed overcharging or if the glitch is merely displaying wrong percentages, but if it’s the former, this won’t be a good thing.

Battery difficulties on devices can have disastrous implications, as we’ve seen with the Samsung Galaxy Note 7, but I don’t think there’s any reason to panic just yet because this is an exceptional situation. If you installed Windows 10 inside a 10-day window and are concerned, you can easily downgrade to Windows 10 and then upgrade when you feel safe.

Alternatively, make sure the laptop isn’t plugged in when it reaches 100%, though this is significantly more difficult, especially if you’re playing demanding games on a power-hungry gaming laptop.