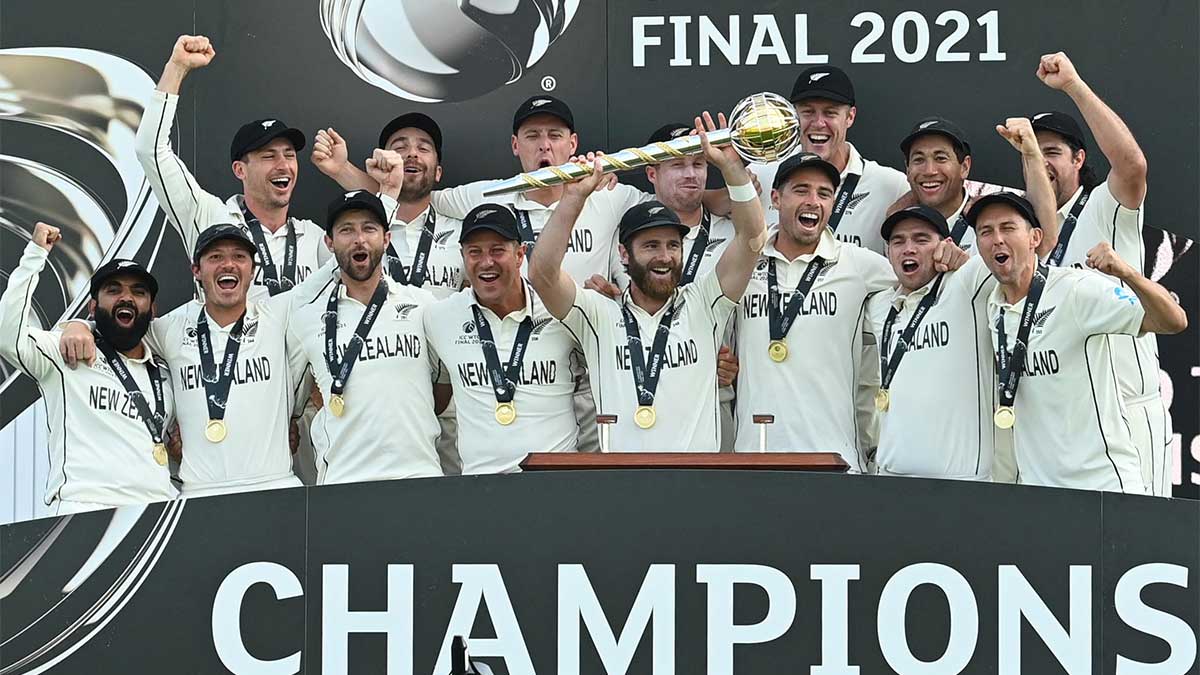 New Zealand won the World Test Championship final at the Ageas Bowl, chasing down a fourth-innings score of 139 with eight wickets to spare.

The Black Caps won the competition for the first time in the final hour of play, thanks to an unbeaten 96-run partnership between captain Kane Williamson and Ross Taylor.

Rain attempted to derail the final match in Southampton, but the International Cricket Council added a reserve day to the ICC World Test Championship schedule, allowing for an exciting finish.

In the morning, India resumed on 64-2, with Cheteshwar Pujara and Virat Kohli at the crease, trying to extend a tenuous 32-run lead.

However, both of the overnight batsmen fell to Kyle Jamieson early in the game, with Kohli being caught behind for 13 and Pujara (15) falling soon after, leaving the total at 72-4 as New Zealand delivered two major blows.

It would have been even better if Tim Southee had held on to a chance from Rishabh Pant when he was only on five runs. Given the end, the left-hander top-scored with 41, an important knock in the circumstances.

Trent Boult finished with figures of 3-39, dismissing Pant – who had skied the ball high into the air and was caught beautifully by Henry Nicholls – while also dismissing Ajinkya Rahane (15) and Ravindra Jadeja (16).

Ravichandran Ashwin gave India a glimpse of hope when he dismissed both New Zealand openers, Tom Latham for nine and Devon Conway for 19 runs.

Despite this, Williamson and Taylor, who finished 52 and 47 not out, respectively, did not panic when they met at 44-2, gradually forming a partnership that would flourish as the finish line approached.

Not a single half-century was scored by any Indian player. While Pujara, Kohli, and Rahane were vital in their team’s qualification for the final, their low game returns maintained a recent pattern.

Since the start of the year, the trio had recorded a total of six Test centuries. They had 18 hundreds between them in the longest format in the two years before that.