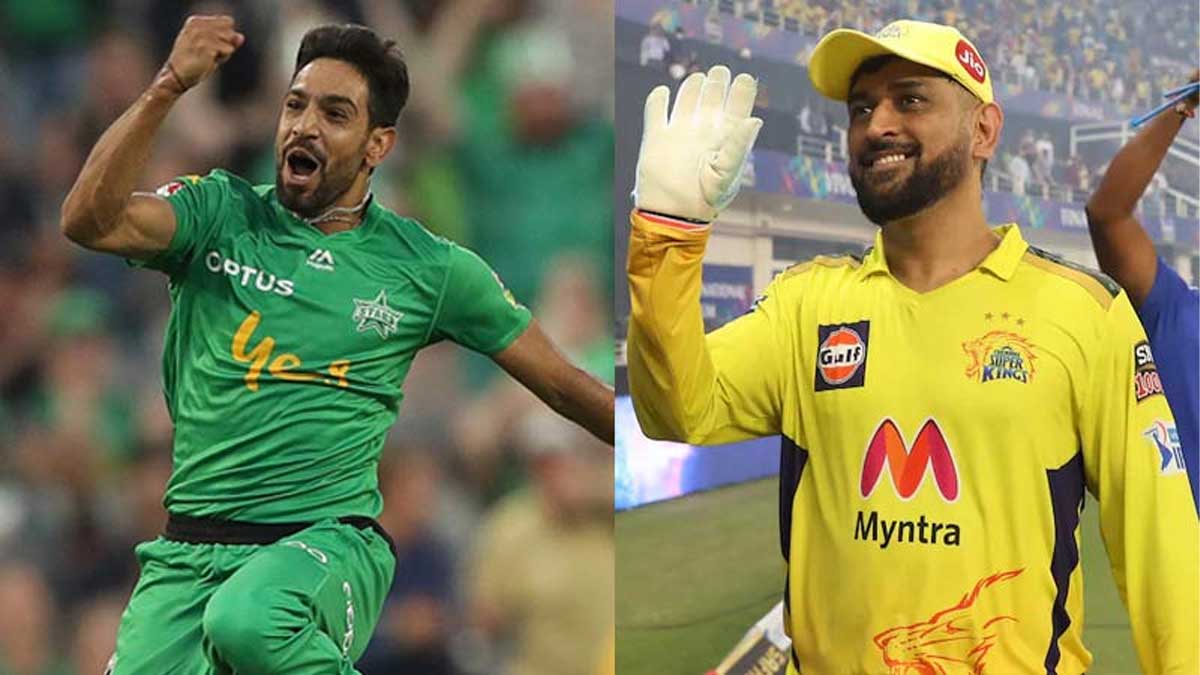 Sharing the news on his official Twitter account, Haris demonstrate his happiness and excitement on receiving a signed jersey from one of the greatest captain India produced.

He tweeted: “The legend and captain cool MS Dhoni has honoured me with this beautiful gift his shirt. The ‘7’ still winning hearts through his kind and goodwill gestures.”

The legend & capt cool @msdhoni has honored me with this beautiful gift his shirt. The "7" still winning hearts through his kind & goodwill gestures. @russcsk specially Thank you so much for kind support. pic.twitter.com/XYpSNKj2Ia

“@russcsk specially Thank you so much for kind support,” he tweeted.

Responding to the Haris tweet, Russell replied that “When our captain Dhoni promises, he delivers, glad you love it champ.”

Haris Rauf brought by Lahore Qalandars, which was the turning point for the pacer. After that, he joined Melbourne Stars and played 2019-2020 BBL season and became famous worldwide. In his debut season with Melbourne Stars, he claimed 20 wickets in 10 matches, and added a famous hat-trick against Sydney Thunders in his MSG debut.

Haris performance in the BBL season 2019-2020 forced Pakistani selectors to pick him up for the national side which they did and he made his international T20 debut in 2020 against Bangladesh.

Since then, Haris Rauf is a permanent member of the Pakistan squad and played 34 international T20s in which he took 41 wickets for Pakistan with the average of 24.60 and grabbed 14 wickets while playing 8 ODIs.