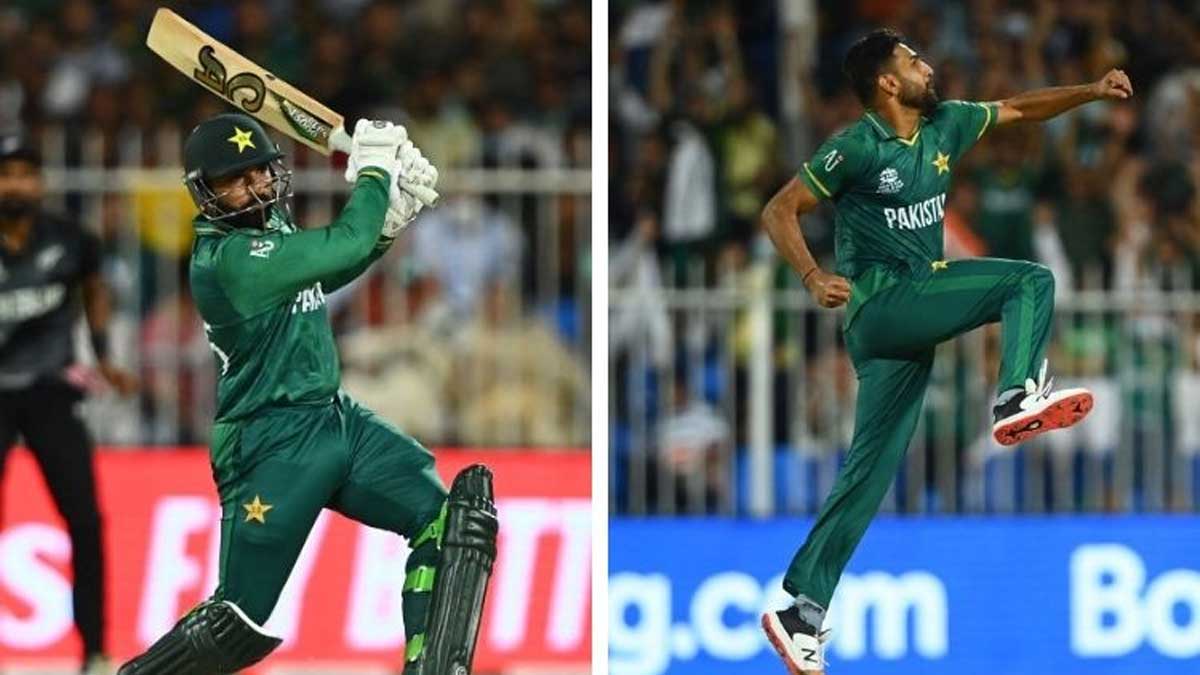 Rauf led the 2009 champions to victory in front of a jubilant Sharjah crowd, which was mostly made up of Pakistani expats, after their spectacular performance in a 10-wicket thrashing of arch-rivals India on Sunday.

New Zealand were limited to a below-par 134-8 total, with Devon Conway and Daryl Mitchell both scoring 27, and skipper Kane Williamson making a difficult 25 from 26 balls.

With Pakistan struggling at 87-5, veteran Shoaib Malik (27) and Asif Ali (26) came together and guided the side to their target in 18.4 overs.

Tim Southee had taken his 100th wicket in his 84th T20 international, striking Pakistan skipper Babar Azam for nine runs in the sixth over.

Sodhi, the leg-spinner, bowled both Fakhar Zaman (11) and Mohammad Rizwan leg-before to reduce Pakistan to 69-4.

Pakistan still needed 47 runs off 31 deliveries after Imad Wasim was dismissed for 11 runs.

It was left to Asif, who had been chastised for his inconsistency, to hit two sixes off Southee in the 17th over to reduce the target to 24 off the final three overs.

By smashing a four and a six against Santner, Malik reduced the total to nine in two overs.

After that, Asif hit Boult for six runs before hitting the game-winning run.

Rauf, who was called into bat on a slow pitch, did most of the damage with the ball against New Zealand, improving on his previous best of 3-29 against the same opponents last year.

Pakistan put pressure early, as left-arm paceman Shaheen Shah Afridi, who was named player of the match for his three wickets against India, delivered a maiden first over.

Rauf bowled Martin Guptill off his pads for 17 runs as New Zealand reached 36 without losing a wicket. In one over, he also dismissed Conway and Glenn Phillips (13) as New Zealand failed to raise the tempo at any stage.

Santner (six) was also removed by Rauf with the last ball in the final over.

Shaheen finished with 1-21, with Hafeez and Imad both taking one wicket.

On Friday, Pakistan will meet Afghanistan in Dubai, while New Zealand will face India on Sunday also in Dubai.