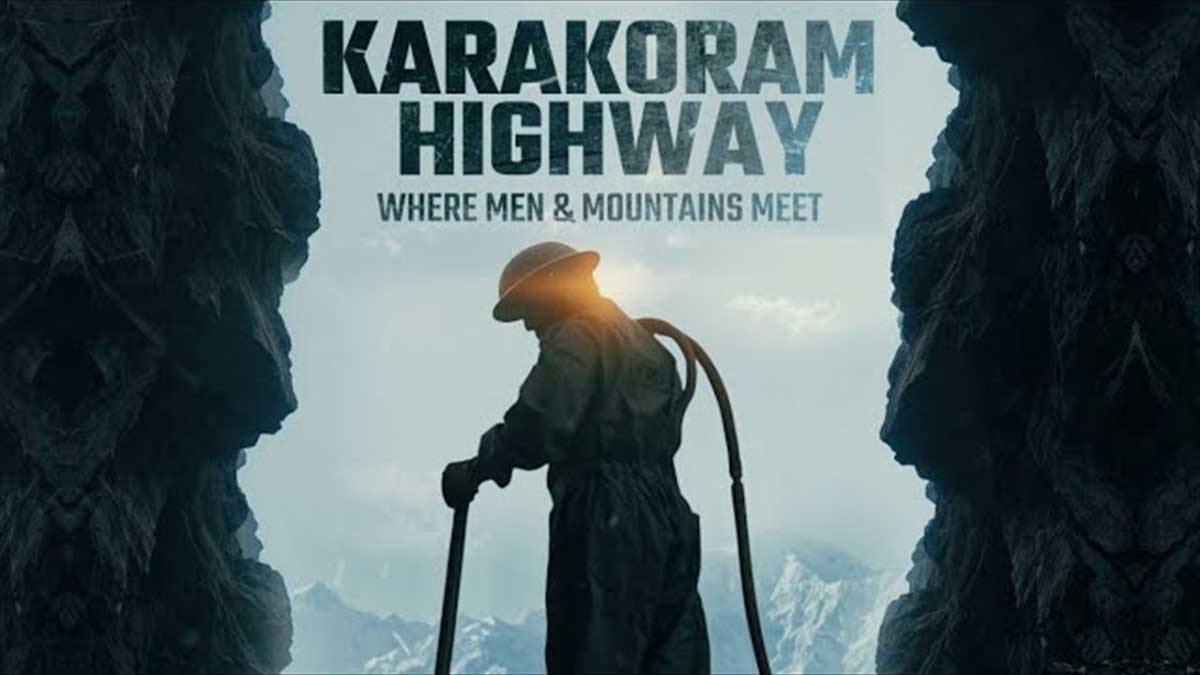 “Where Men and Mountains Meet” honors and recalls the historical predicament- a documentary film produced by ISPR in collaboration with Delirium Productions and FWO to depict the construction and completion of Karakoram Highway. The documentary is a witness to unparalleled sacrifices by FWO in specific and the Pakistani nation in general.

As per a press release, the film will exhibit Karakorum Highway (KKH), an enormous project of 1300 km, which is frequently observed as the 8th wonder of the world. KKH is a symbol of the Pak-China relationship also recognized as the “Friendship Highway”.

The opening was arranged on 27 Dec 2021 at The Arena, Bahria Town, Ph-IV RWP where most of the media platforms were summoned.

The documentary shows the evidence to several martyrs (813 people have embraced martyrdom comprising 567 militaries and 246 civilians) for observing the construction of Highway possible.

The Karakoram Highway is also termed National Highway 35 is a 1,300 km (810 mi) national highway that spreads from Hasan Abdal in the Punjab province of Pakistan to the Khunjerab Pass in Gilgit-Baltistan, where it passes into China and develops China National Highway 314.

A project that is frequently observed as the 8th miracle of the world is the symbol of the Pak-China bond and is also recognized as the Friendship Highway.

Moreover, the highway is one of the uppermost cemented roads in the world, crossing via the Karakoram mountain range at an extreme elevation of 4,714 meters (15,466 ft.) near Khunjerab Pass.

It began in 1959 and was accomplished and unbolted to the public in 1979. From the Pakistani side, the highway was built by FWO (Frontier Works Organization), hiring the Pakistan Army Corps of Engineers.

Karakoram Highway gives the corridor to journeys for nearly all mountains in Gilgit–Baltistan, Kashmir, and numerous peaks in Xinjiang China. The area comprises some of the world’s major glaciers like the Baltoro and Siachen Glaciers.