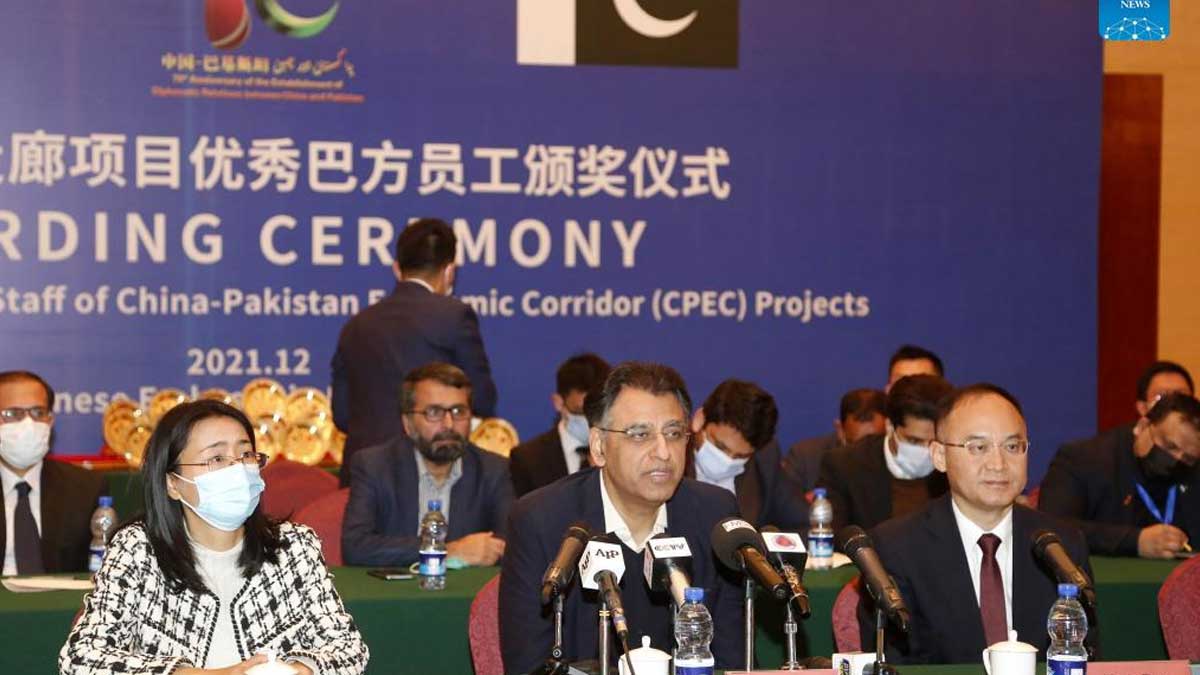 Asad Umar recently spoke at an award-giving ceremony pronounced for 27 Pakistani workers of various CPEC projects due to their exceptional performance in the year 2021. The ceremony was organized by the Embassy of China.

Federal Minister for Planning, Development & Special Initiative Asad Umar declared that the China Pakistan Economic Corridor (CPEC) continuously registering major developments in the retiring year (2021) and is looking forward to further expansion and bigger activity in 2022 as there was a determination as well as the dream to make this flagship project of the Belt & Road Initiative a game-changer not only for Pakistan but the entire region.

Head of the All Pakistan-Chinese Enterprises association Yang Jiandu and Ambassador of China Nong Rong also spoke on the occasion.

Besides, the occasion was virtually addressed by the Director General National Development & Reforms Commission of China (NRCD) Ying Xiong and Special Assistant to PM on CPEC Khalid Mansoor.

These workers said they adored working with Chinese companies and regarded themselves fortunate to be part of the CPEC projects.

Meanwhile, Asad Umar acknowledged these Pakistani employees for making him as well as the nation is proud. You must have recognized by now, Asad Umar spoke to the Chinese participants, chiefly those demonstrating numerous companies, how specialized, hardworking, and responsible the Pakistani workers are.

Moreover, Asad Umar addressed in detail how significant the Pakistani government, specifically Prime Minister Imran Khan, deliberated CPEC for the steadiness of the economy. “This is, Excellency, a truly historic project meant for prosperity and progress and President Xi Jinping’s vision is that of collective development. This shows he is not only a leader of China but a global leader,” said Asad Umar while addressing Ambassador Nong Rong.