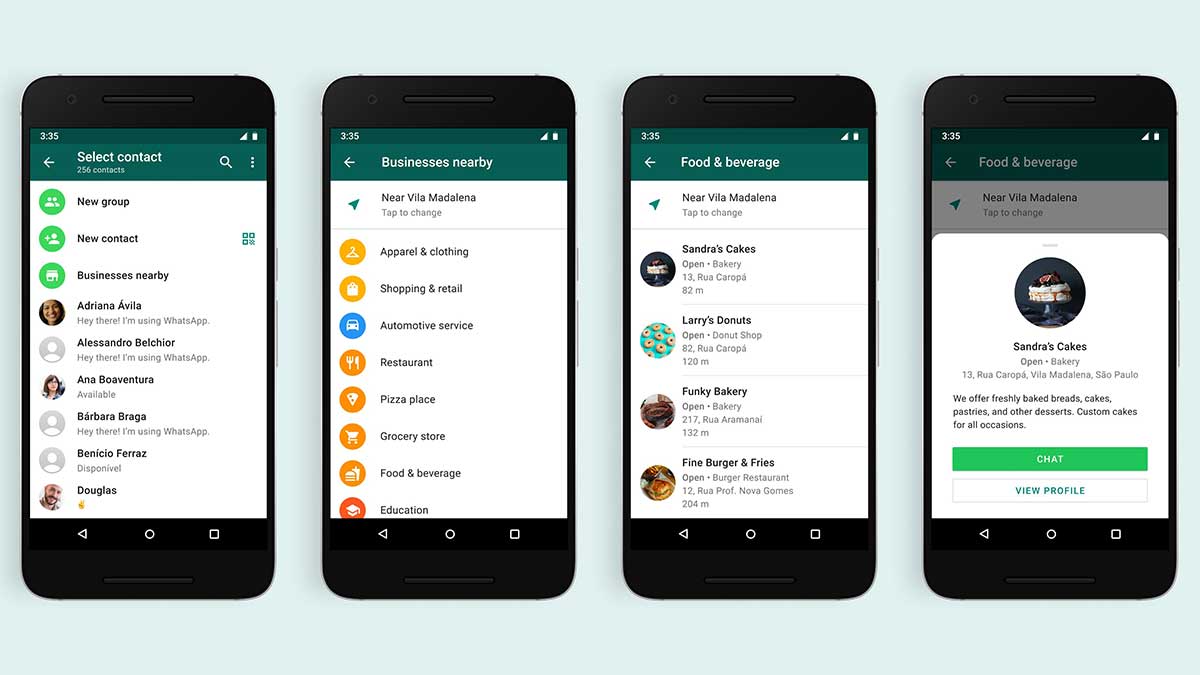 WhatsApp the world biggest messaging service app has added a new feature that allows users to search for businesses within the app for the first time.

The test, which allows WhatsApp users in So Paulo, Brazil, to find shops and services through an app directory, is the latest feature in Facebook’s push to boost e-commerce on its services.

In an interview this week, Matt Idema, Facebook’s vice president of commercial communications, stated, “This might be… the primary method that people start a commerce process in WhatsApp.”

Facebook has expanded in-app buying functionality across its apps as online retail has continued to boom amid the COVID-19 pandemic. Zuckerberg stated in June that Facebook’s Shops function would be rolled out to WhatsApp in a number of countries.

WhatsApp has recently introduced shopping features like as product catalogues and purchasing carts.

Unlike Facebook and Instagram, WhatsApp does not have adverts on its app. Businesses previously advertised their WhatsApp numbers on packaging or websites, or used Facebook advertisements to entice consumers into WhatsApp discussions, according to Idema.

With a specific app for small businesses and an API, or type of software interface, for larger enterprises to link their systems and make revenue, the messaging service has progressively pursued business users.

Thousands of companies in sectors such as food, retail, and local services will be included in the latest test, according to WhatsApp, which will take place in certain So Paulo neighbourhoods. India and Indonesia, according to Idema, are ideal prospects for expanding the feature.

Idema would not rule out the prospect of in-app advertisements being added to the App in the future.

“There is absolutely a route on ads, which is Facebook’s main business model, that I believe will be part of the economic model for WhatsApp in some form or another in the long run,” he said. According to WhatsApp, about one million advertisers utilize Facebook and Instagram’s “click to WhatsApp” advertising to direct consumers to the messaging service.