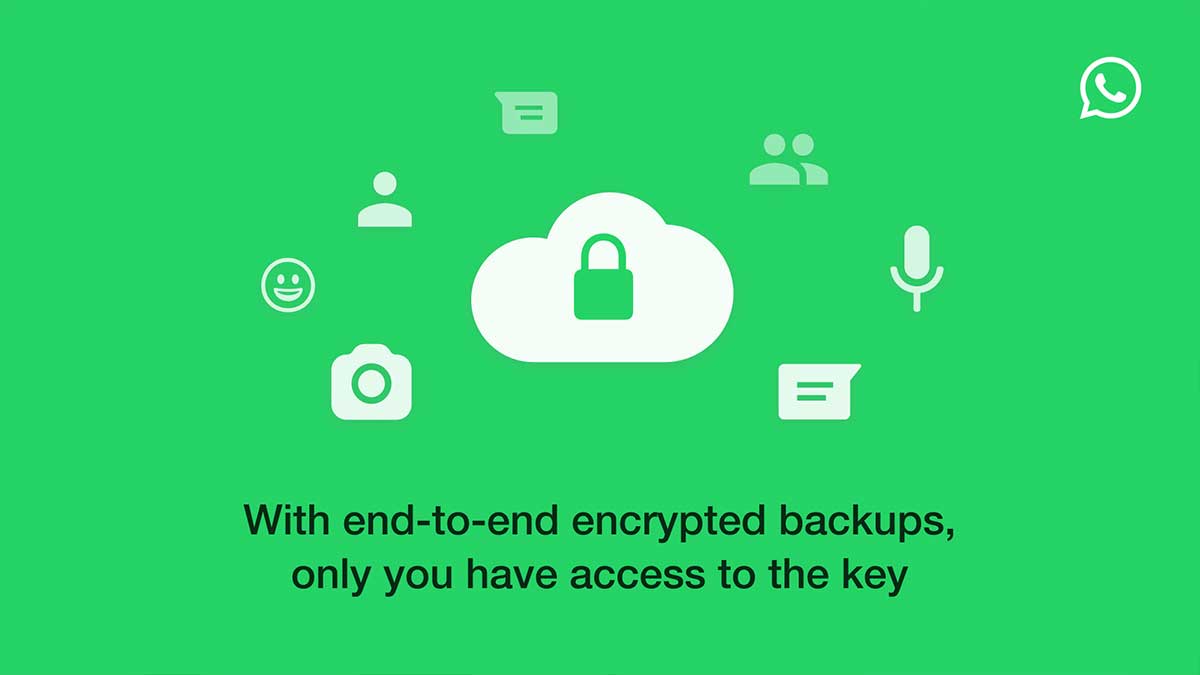 WhatsApp has stated that it will roll out end-to-end encrypted backups for iCloud and Google Drive, according to a announcement made in a Facebook Engineering blog post released by the messaging service on Friday.

Users can now ensure that their “bestie’s voice messages and mum’s secret recipe will be safely kept in a place only [they] can access,” according to the instant messaging platform.

With encrypted backups they’re only accessible to you, so that neither WhatsApp nor the backup service provider can access or decrypt the messages.

According to a second statement from WhatsApp’s parent firm, Facebook, anyone can already back up their WhatsApp communication history using cloud-based services like Google Drive and iCloud.

“These backups are safeguarded by the individual cloud-based storage services, and WhatsApp does not have access to them,” it stated.

However, once end-to-end encrypted (E2EE) backups are available, neither WhatsApp nor the backup service provider will be able to access the backup or the backup encryption key, according to the company.

Facebook has confirmed that end-to-end encryption for your future cloud backups will begin rolling out in the coming weeks. You can read the full white paper on WhatsApp and end-to-end encrypted devices by heading over here.