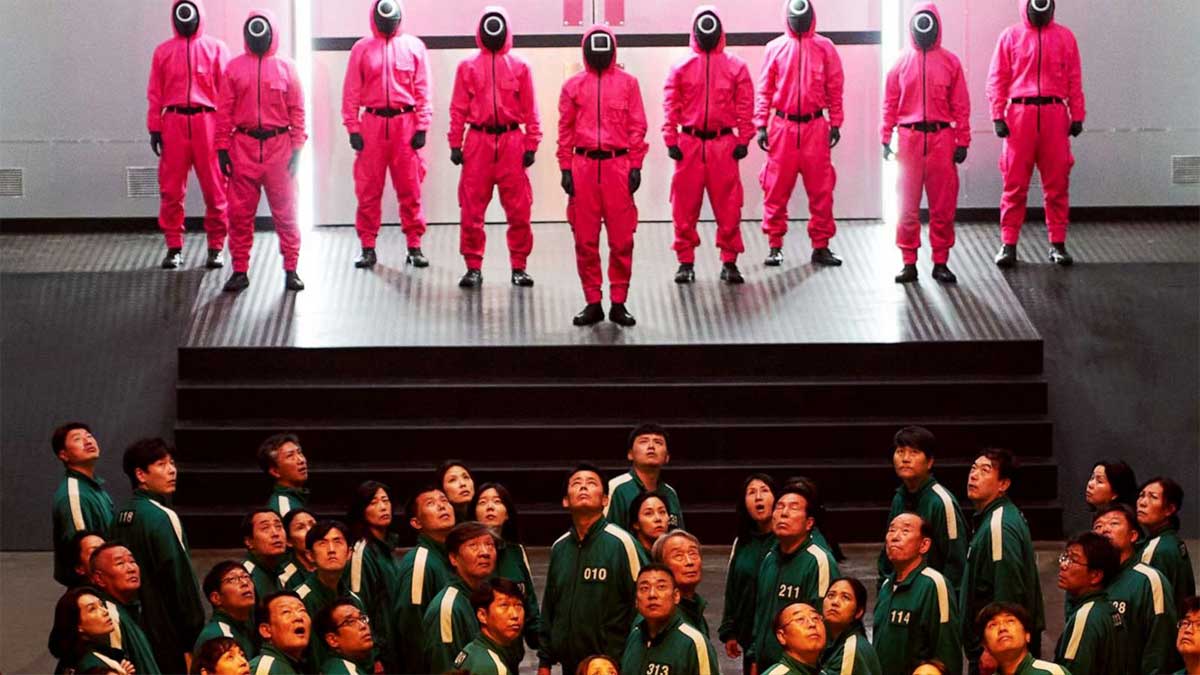 Even if you haven’t seen the show or seen the memes that have flooded the internet, you’ve most likely heard of Squid Game.

Since its release on Netflix two weeks ago, everyone has been talking about the hyper-violent thriller that has become a massive hit.

In fact, the Korean series, which is based on a deadly survival game, is on track to surpass Bridgerton as the platform’s most popular original series of all time.

Read more: The Witcher renewed for season 3 on Netflix alongside a spin-off for kids

While the show’s genre isn’t new, its breathtaking images, engaging characters, and frightening examination of human nature have resonated with viewers all around the world.

In Squid Game, a group of 456 people who are in debt and desperate are enticed into a savage survival game where they can earn 45.6 billion Korean won ($39 million) if they win six games in a row.

What’s the catch? If they lose, they will die.

The games are easy enough; they are games that the players have played since they were children. The unexpected juxtaposition of innocent child’s play with horrific killings has made viewers sit up.

“Because the games are basic and straightforward, viewers can focus on the characters rather than the complicated game rules.”

There’s also a sense of nostalgia. The Dalgona honeycomb challenge shown in episode three, for example, is one that most Koreans recall playing as children.

Players must use a needle to delicately cut out a shape from a paper-thin sheet of honeycomb candy in order to complete the challenge. You lose if the candy fractures when you make a really detailed shape.

Experts also credit the show’s success to the show’s characters, many of whom are members of society.

They come from many areas of life, despite the fact that they are all bonded by severe financial difficulties.

For example, the lead is an unemployed man with a gambling addiction who is having trouble gaining respect from his family. He meets a teenage North Korean defector with a tragic past and a Pakistani labourer who is mistreated by his employers through the game.

Western media have made similarities between Squid Game and Parasite, a 2019 Korean film that won an Oscar for its portrayal of financial imbalance and social injustice.

However, audiences in East Asia have noted resemblance between the show and the 2014 Japanese film As The Gods Will. Although the film is centred on high schoolers, it follows a similar plot, and some have accused Squid Game of plagiarism.

As The Gods Will, for example, includes the classic children’s game “Red Light, Green Light.” A huge robot girl uses her laser eyes to locate players who have lost the game in one of the most iconic sequences from Squid Game. They are then put to death.

Director Hwang, on the other hand, has refuted the allegations, claiming that there is “no relationship” between the two shows and that the comparisons were made just for the sake of the show’s genre.

“I began planning Squid Game in 2008 and wrote the script in 2009… the similarities that have been pointed out are completely accidental, and neither party is copying,” he stated.