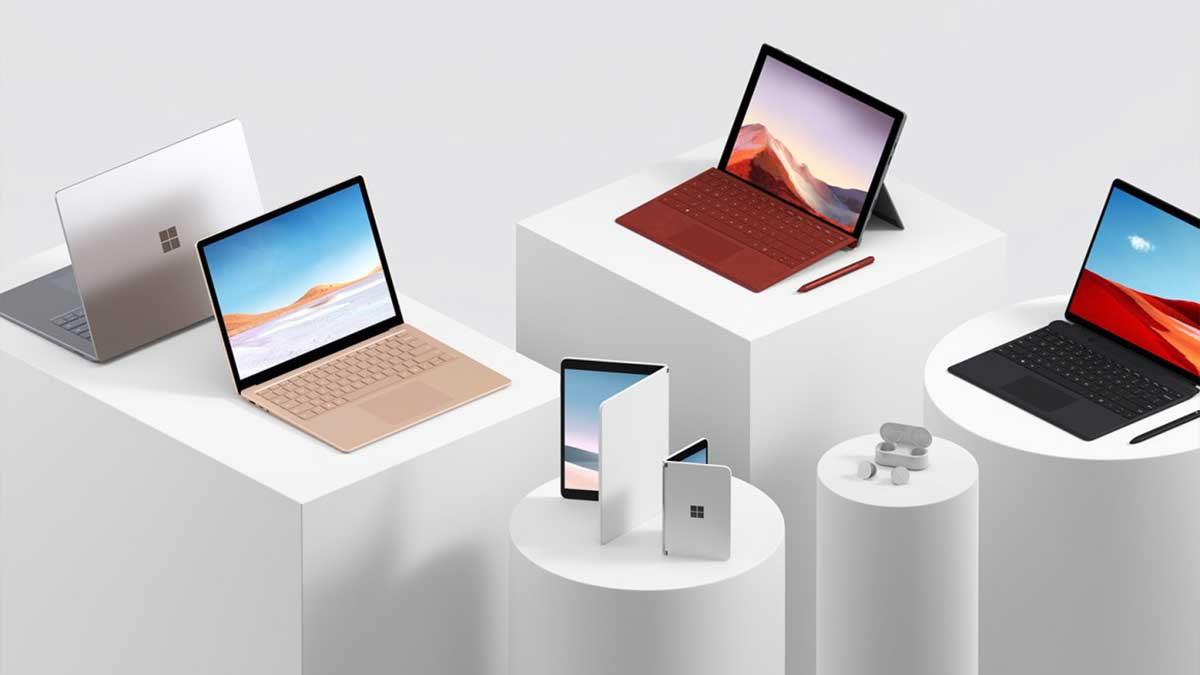 On September 22nd, Microsoft will have a Surface event where “the company will talk about devices and Windows 11.” With the release of Windows 11 on October 5th, we may expect to see four new Surface devices that showcase all of the new OS’s software features. But it won’t all be Windows 11. Next week, Microsoft will also release a new version of its Surface Duo Android-powered foldable device.

The Surface Pro is the company’s major flagship device, and it’s been around since the debut of Windows 8 in 2012. Microsoft is preparing to release a new Surface Pro 8 that will be compatible with Windows 11.

No big changes are expected for the Surface Pro 8, as Microsoft has already stated that the Surface port connectivity and overall hardware design would be maintained to keep it compatible with docks and accessories.

Read more: Microsoft will release Windows 11 on October 5, but without Android app support

Next week event, Microsoft will also unveil its massive Surface Book design. It’ll be a major design shift, with the detachable display being replaced by a display that pushes forward to transition between tablet and laptop modes, similar to the HP Elite Folio. These details were first disclosed by Windows Central last month.

Next week, Microsoft is anticipated to release a new Surface Pro X model. While there will be no substantial design modifications, however, there will be an internal chip upgrade and maybe a high refresh rate display.

The Surface Go 3 will be released next week as the final Windows-powered Surface device. The smaller Surface will have the same small footprint as the larger Surface, but with a significant boost on the inside.

Microsoft is also expected to debut its upcoming Surface phone in the event. The Surface phone’s main feature is its triple-camera system, which includes ultrawide, telephoto, and standard camera lenses.

The Surface Duo 2 is anticipated to come with Qualcomm’s latest Snapdragon 888 CPU, which will enable 5G and include an NFC reader, both of which were lacking from the first edition.

Microsoft is also making some minor adjustments to the Surface Duo 2’s hardware, such as shifting the fingerprint scanner to the power button and putting the USB-C connector on the right-hand side.