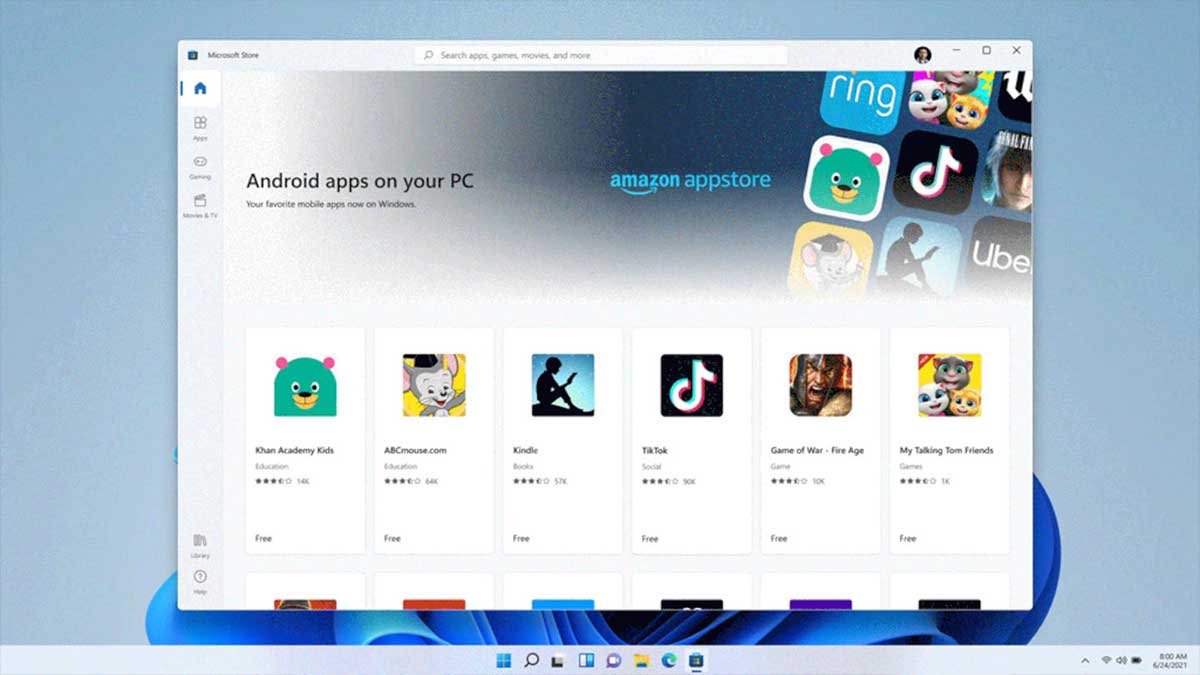 Windows 11 will be released on October 5th, according to Microsoft, but the update won’t include Android app support. The company has confirmed this news in a blog post.

The new operating system will be offered as a free upgrade for qualified Windows 10 PCs, or as pre-installed windows on new devices, but it will be phased in, as with many previous Windows upgrades.

The upgrade will be offered initially to new eligible devices, and then in the weeks and months after October 5th, it will be available to more in-market devices.

The ability to natively run Android apps on a PC is one of the biggest features of Windows 11 and but users will have to wait a little more for that.

Read more: Here’s how to download Windows 11 on your PC

“Following the enormous lessons learned from Windows 10, we want to make sure we’re giving you the best possible experience,” says Aaron Woodman, Microsoft’s general manager of Windows marketing. “By mid-2022, we expect all eligible devices to be granted the free upgrade.”

In collaboration with Amazon and Intel, Microsoft is introducing Android apps to the new operating system, however this functionality will not be ready on October 5th.

A preview of Android apps on Windows 11 will be available to Windows Insiders in the coming months, implying that the operating system won’t be available to all users until 2022.

Microsoft will continue to support Windows 10 until October 14th, 2025, if your PC isn’t totally compatible with the new operating system. However, it’s unclear how many significant updates for Windows 10 Microsoft will provide over the next four years.