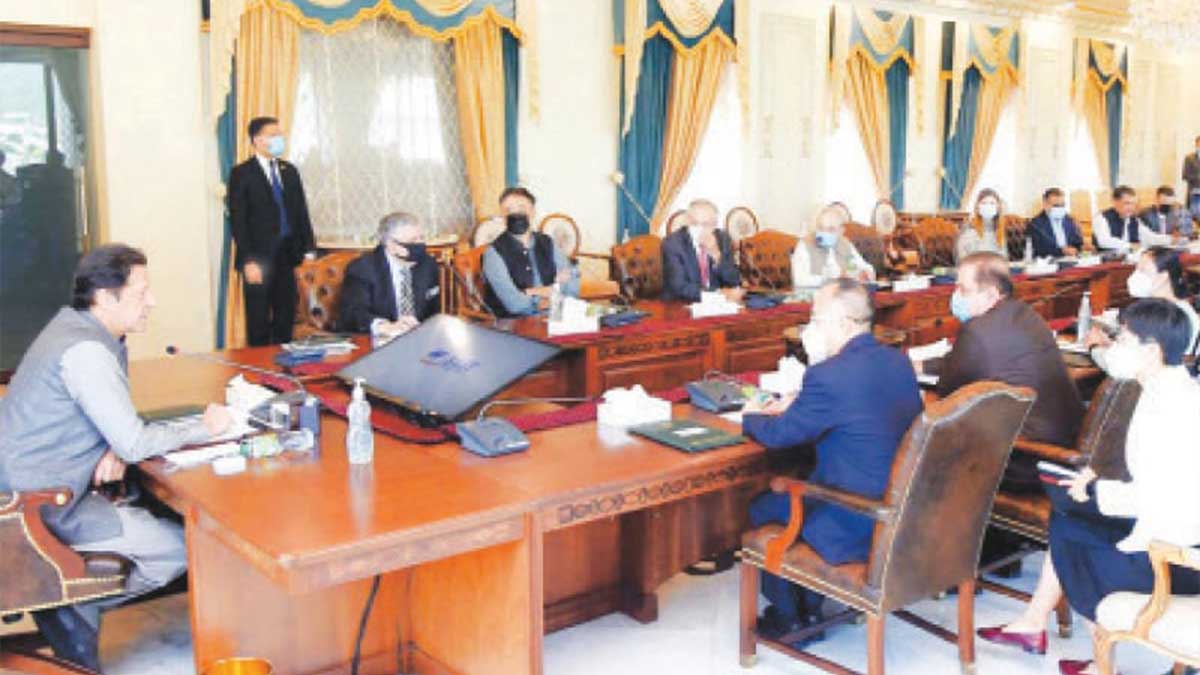 The Pakistan government is concentrating on the ‘ease of doing business’ policy and extending facilities to investors, stated Prime Minister Imran Khan in meeting with Chinese investors.

On Monday, a meeting with CEOs of Chinese companies was held in which the PM showed the confidence that Chinese investment in Pakistan would result in immense employment opportunities.

Imran Khan expressed his trust that Pakistan could learn a lot from China in the fields of agriculture, industrial development, fisheries, fruits and vegetables, and high-yielding cattle and information technology.

Moreover, the PM said that being Pakistani we can learn a lot from China as its economy was the first to be hit by the COVID-19 epidemic, but due to their policies it was also the first to recover.

The commission esteemed the investor-friendly strategies of the government and exhibited a deep interest in investing in Pakistan.

Meanwhile, Interior Minister Sheikh Rashid joined the prime minister later, and explained to him about the situation of law and order in the country.

He informed him about the protest and demonstration being staged by different groups and divisions of society, comprising the opposition and the media, against the policies and decisions of government.

Sheikh Rashid gave details to the PM about a remonstration that stayed by members of the Shia sect due to the detention of religious leader Shahanshah Naqvi in Islamabad on Sunday night.

Besides this, Special Assistant to the PM on Poverty Reduction and Social Protection Dr. Sania Nishtar updated the prime minister on various schemes of the government’s flagship Ehsaas programme.

She acquainted Imran Khan with advancement on these projects, as well as giving a briefing on Panahgahs (shelter homes).