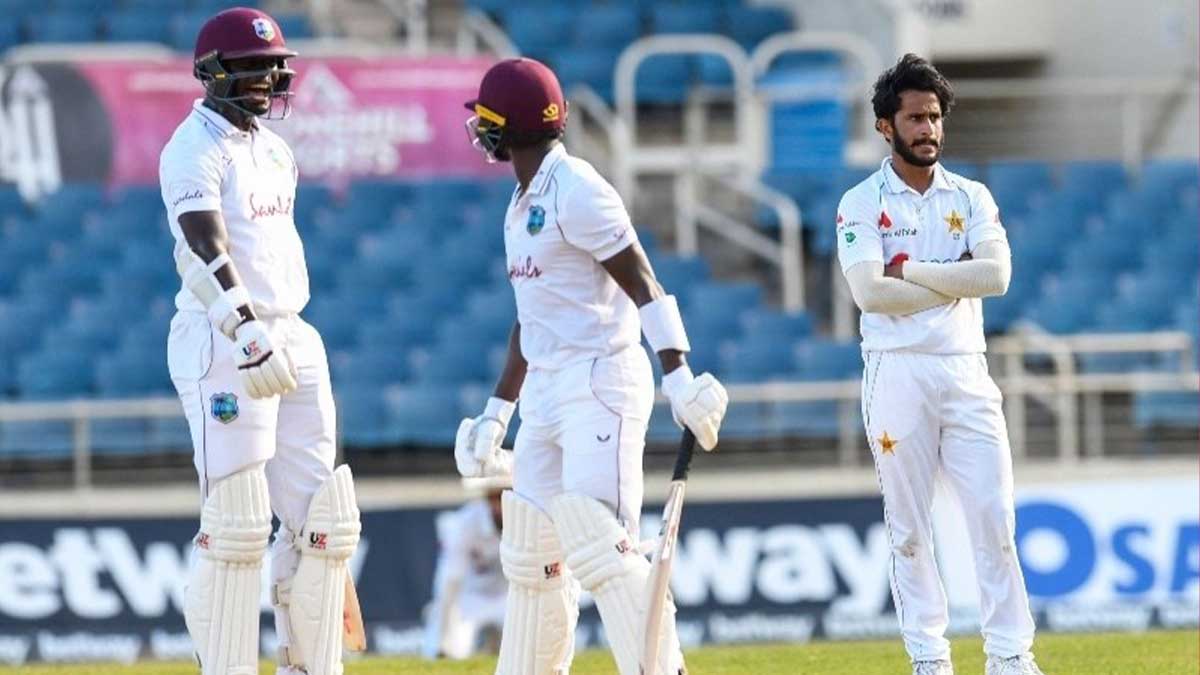 West Indies held their composure in the first test against Pakistan in Jamaica on Sunday, with tailenders Kemar Roach and Jayden Seales guiding them to a dramatic one-wicket victory.

After the West Indies bowled Pakistan out for 203 in their second innings, Roach hit 30 and Seales two in an unbeaten 17-run stand as the home side achieved their target of 168 for the loss of nine wickets.

It was a twister during the fourth day, with 14 wickets tumbling before Roach blasted the winning runs through the covers.

When the West Indies lost their last batsman Joshua da Silva with 26 runs required and two wickets remaining, it appeared that they had little chance, but Roach rose to the occasion with a strong batting display.

The chase was never going to be easy after Shaheen Shah Afridi dismissed the Windies’ top three batters, leaving the hosts reeling at 16-3 until Roston Chase and Jermaine Blackwood put on a 68-run fourth-wicket stand that gave them hope.

With the Windies needing 54 runs to win and Pakistan needing three wickets, tea was taken when Jason Holder was bowled by Hasan.

In the evening session, the match remained volatile, with three dropped catches adding to Pakistan’s failure to wrap up the game.

Seales, 19, had earlier became the youngest West Indian to take five wickets in a test match, surpassing Alf Valentine’s 71-year-old record, as he rolled over Pakistan’s lower order after they resumed at 160-5.

Roach grabbed the first wicket of the morning, followed by Mayers’ dismissal of captain Babar Azam, who top-scored with 55 runs, and Seales’ dismissal of the last three.

The second and final test, which begins on Friday at Sabina Park in Kingston, will similarly be held behind closed doors.