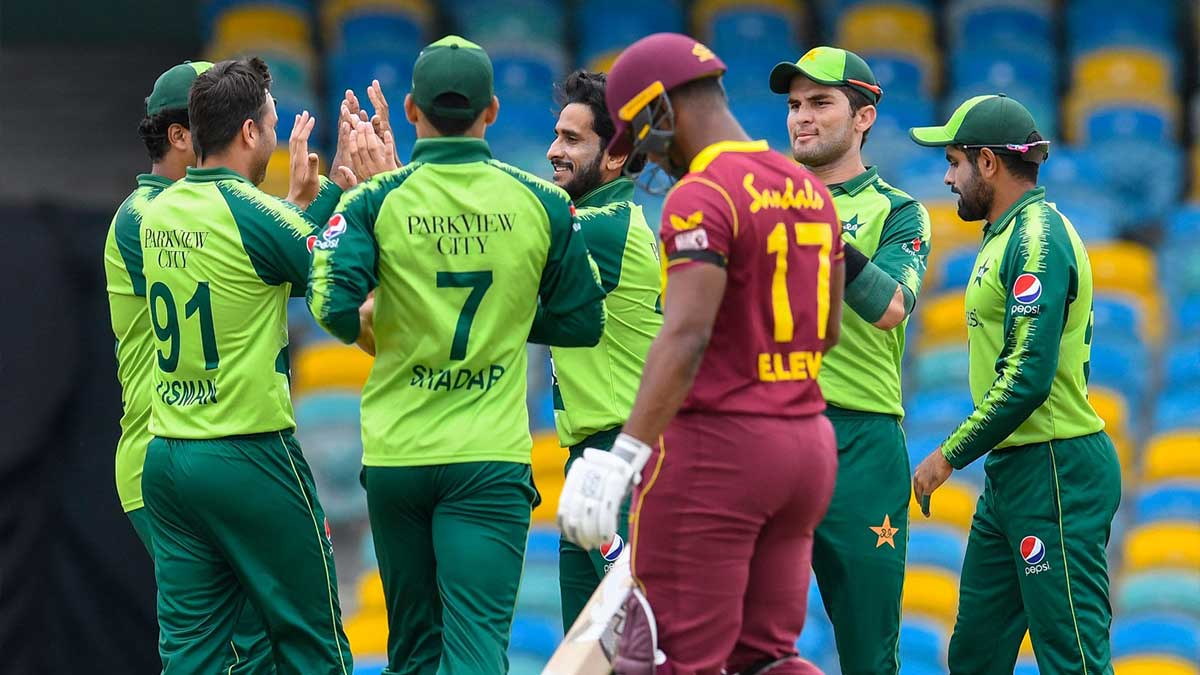 Pakistan has won a weather-affected T20 series against the West Indies, as the fourth and final match at Guyana’s Providence Stadium was also called off due to rain on Tuesday.

West Indies were 30-0 when the covers were placed on after three overs. It rained till after midday. However, the pitch was surveyed again.

Play was set to resume on a new schedule. Each team was given nine overs, with a maximum of two overs per bowler and a three-over powerplay.

The rain, however, failed to stop, forcing the game to be called off.

Pakistan had previously won the toss and elected to bat first against the West Indies.

The Babar-Azam team was in charge. After the first match in Barbados six days prior, the Men in Green led the series 1-0, and the third match at Providence on Sunday was rained out. The green shirts won the second match on Saturday by seven runs in the lone match decided on the field of play.

Following the toss, Babar Azam stated that the weather forecast, which indicates that rain would affect today’s game as well, indicates that chasing a target would be preferable.

Pakistan and the West Indies were both looking forward to the T20I series, hoping to put their strengths and weaknesses to the test before the ICC Men’s T20 World Cup begins in the United Arab Emirates in October.

Babar Azam and Rizwan have routinely performed for the visitors over the last few months.

However, including Sohaib Maqsood was a misfire; Azam Khan underwhelmed (and missed a number of games owing to injury), while Mohammad Hafeez was yet to make an impact with the bat.

Sharjeel Khan too failed to shine for Pakistan, failing to recapture the destructive form that made him the most sought-after opening batsman in the country.

In the first T20I, the West Indies restricted Pakistan to 157 runs, but the hosts’ batting line-up failed to impress, failing in their run-chase.

With the exception of Pooran, the remainder of the West Indies team failed to live up to expectations, focusing more on defence than offence.