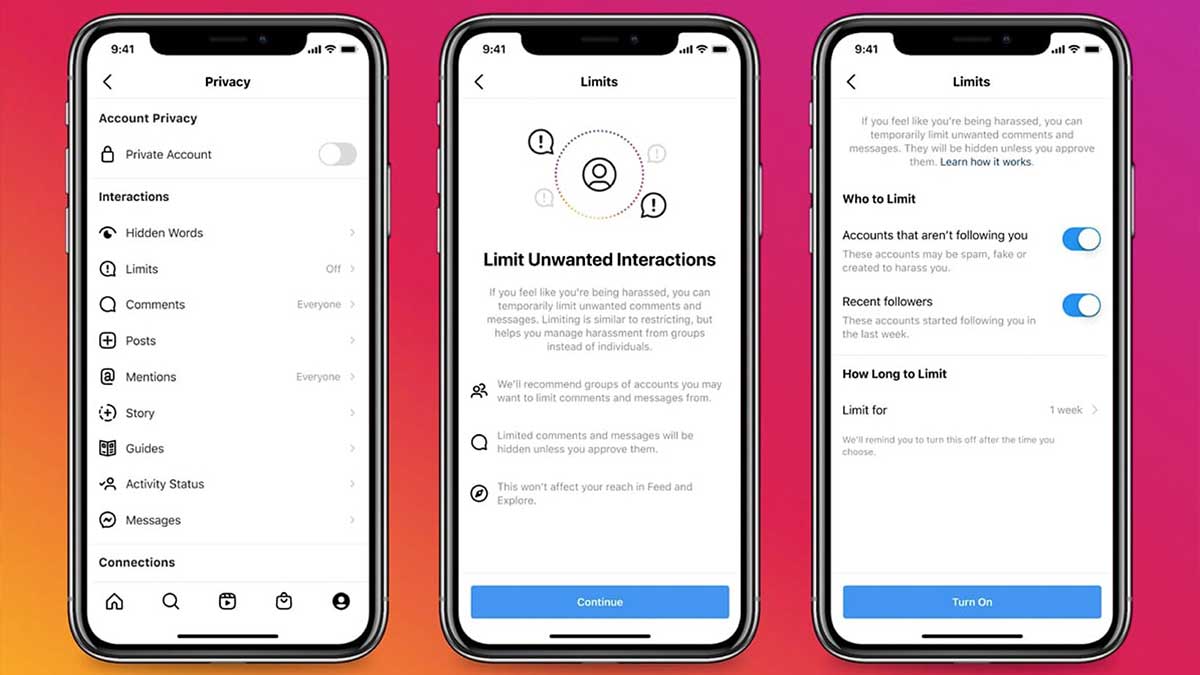 Instagram has introduced a set of new capabilities aimed at protecting users and combating events like the online abuse directed at England players following the Euro 2020 final.

A new feature called Limits is at the core of the update, and it allows users to automatically hide comments and direct message requests from users they don’t already follow or who have only recently followed them.

It was created, according to the company, to stop waves of abuse from users that “pile on in the moment.”

The Facebook-owned service has also improved the in-app warnings it displays to users who intend to post abuse, telling them that if they continue to submit abusive remarks, their account will be removed.

It’s also making its Hidden Words filter feature available to all users throughout the world, allowing them to block words, phrases, and emojis they don’t want to view.

The goal of the features aimed at curbing online abuse, according to Instagram, is to provide users greater power while also protecting their safety while using the platform.

Following the racist attacks on England footballers Marcus Rashford, Jadon Sancho, and Bukayo Saka during the Euro 2020 final, social media has been scrutinized for how it handles abuse.

The Limits feature is now available to all Instagram users worldwide, and it allows users to choose how long they want to hide comments and message requests from non-followers and those who have only recently started following them.

When the platform indicates a user may be suffering a rise in comments and direct messages, the technology could be enhanced in the future to automatically prompt users to switch on Limits.

“We don’t accept hate speech or bullying on Instagram, and we remove it whenever we find it,” Instagram CEO Adam Mosseri wrote in a blog post unveiling the new features.

“We also want to protect individuals from having to deal with abuse in the first place, which is why we’re continuously listening to feedback from experts and our community and developing new tools to give people more control over their Instagram experience and help them avoid being abused.”