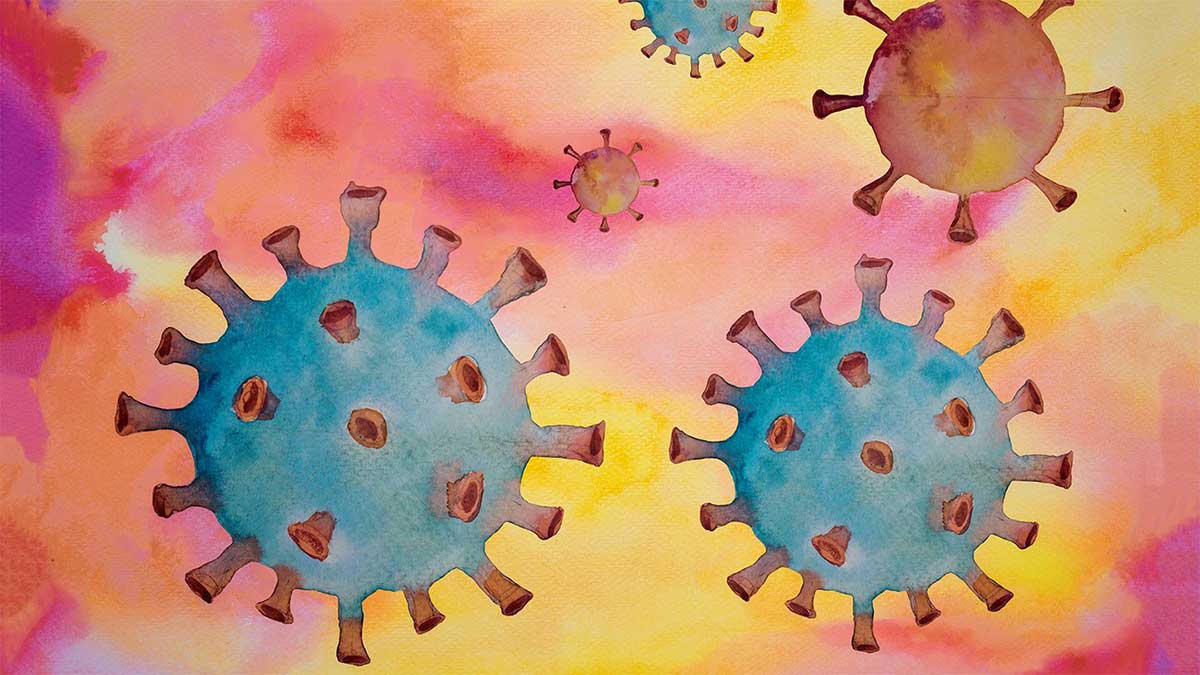 Scientists are keeping an eye on Delta, which is currently the dominant variant spreading rapidly over the world, but they’re also keeping an eye on other coronavirus variants to see what might one day take its place.

The ongoing spread of the SARS-CoV-2 virus has resulted in the creation of a Greek alphabet of variants, which the World Health Organization (WHO) employs to keep track of new mutations of the virus that causes Covid-19. Some have improved the virus’s ability to infect humans or evade vaccine protection.

The Delta variant, which was initially discovered in India, is still the most concerning. It is affecting unvaccinated populations in numerous nations and has infected a higher percentage of vaccinated persons than its predecessors.

Delta is classified as a variant of concern by the WHO, which means it has been found to increase transmissibility, cause more severe disease, or reduce the effectiveness of immunizations and treatments.

Delta’s “superpower,” according to Shane Crotty, a virologist at the La Jolla Institute for Immunology in San Diego, is its transmissibility. In comparison to the original coronavirus, Chinese researchers discovered that persons infected with Delta carried 1,260 times more virus in their noses. According to some US study, the “viral load” of vaccinated people who get Delta is comparable to that of unprotected people, but further research is needed.

Delta can cause symptoms two to three days faster than the original coronavirus, giving the immune system less time to adapt and establish a defence. Delta seems to be evolving even more coronavirus variants, with reports of a “Delta Plus” sub-lineage carrying an extra mutation that has been found to defy immune protection.

In June, India classified Delta Plus as a variant of concern, although neither the US Centers for Disease Control and Prevention (CDC) nor the World Health Organization (WHO) had done so. Delta Plus has been found in at least 32 countries, according to Outbreak.info, an open-source Covid-19 database. Experts say it’s too early to tell if it’s riskier.

The Lambda variant has gotten a lot of attention as a possible new threat. However, this strain of coronavirus was initially discovered in Peru in December.

Lambda is classified as a variant of interest by the WHO, which means it has mutations that may cause a change in transmissibility or more severe disease, but it is still under investigation. It has alterations that make it resistant to vaccine-induced antibodies, according to lab tests.

The B.1.621 variant has yet to be given a Greek letter name, despite the fact that it initially appeared in Colombia in January and caused a severe outbreak.

It is recognised as a variant of interest by the European Centre for Disease Prevention and Control, while B.1.621 is a variant under investigation by Public Health England. It has numerous important mutations, such as E484K, N501Y, and D614G, which have been associated to enhanced transmissibility and decreased immunological protection. According to a recent government report, there have been 37 likely and confirmed occurrences in the UK, and the variant has been detected in a number of people in Florida.

More coronavirus variants On the Way?

Dr. Anthony Fauci, the White House’s chief medical adviser, has cautioned that until more Americans get vaccinated, the US could be in crisis, as a big pool of unvaccinated people allows the virus to spread and mutate into new variants.

Proponents of broad global vaccine distribution by wealthier countries argue that the same thing could happen if variants spread uncontrolled among the populations of impoverished countries with few persons immunized.

Despite this, a crucial concern is that existing vaccinations prevent infection but not severe disease, according to Dr. Gregory Poland, a vaccine expert at the Mayo Clinic. That’s because the virus can still replicate in the nose, even in those who have been vaccinated, and then spread the disease through tiny, aerosolized droplets.

He believes that defeating SARS-CoV-2 will necessitate a new generation of vaccines that also impede transmission. According to Poland and other scientists, the world would remain vulnerable to the spread of new coronavirus types until then.