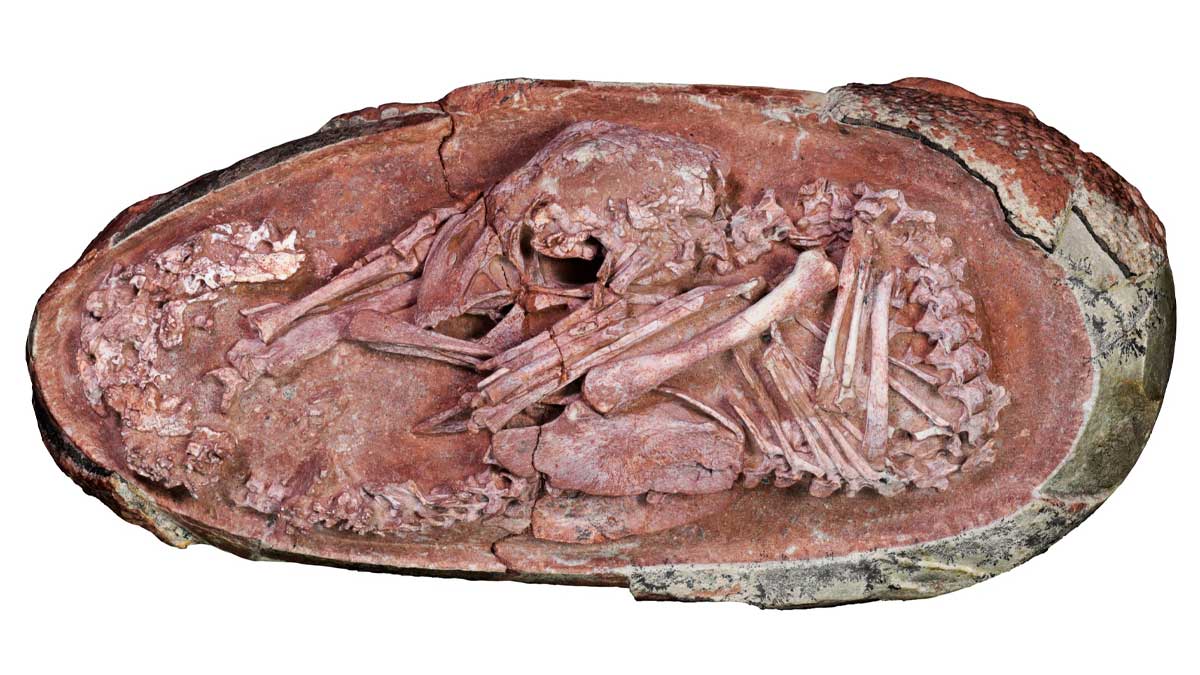 A tiny animal in a tight tuck, legs pulled up, back twisted, beaked head bent toward its tail, is depicted in a life-reconstruction illustration. This is Baby Yingliang, a fascinating preserved dinosaur embryo discovered within an egg and snuggled into a position similar to that of a modern bird soon before hatching.

The Baby Yingliang fossil is from the late Cretaceous period, and it is estimated to be between 72 and 66 million years old. It’s the bones of an oviraptorosaur, a type of theropod dinosaur discovered in southern China. The embryo’s state of preservation, as well as its location within the egg, make this a unique discovery.

“Previously unrecognized in dinosaurs, this posture is comparable to that of current bird embryos,” the University of Birmingham said in a statement. A study of the fossil was led by researchers from that institution and Beijing’s China University of Geosciences, and it was published in the journal iScience this week.

The dinosaur would be roughly 10.6 inches (27 centimetres) long, according to the experts. The egg measures 6.7 inches (17 cm) long, indicating how much the creature was rolled over.

“It’s amazing to observe this dinosaur embryo and a chicken embryo pose in the same way within the egg, which could indicate similar prehatching behaviours,” said Fion Waisum Ma, a palaeontologist at the University of Birmingham, who was a joint first author on the study.

The researchers want to look at additional well-preserved dinosaur embryos to see if the tucking posture is something that evolved early in theropods. The posture aids in the successful hatching of modern birds.

The find is “one of the most beautiful fossils I have ever seen,” according to study co-author Steve Brusatte of the University of Edinburgh, and it shows “even more proof that many traits characteristic of today’s birds initially evolved in their dinosaur ancestors.”