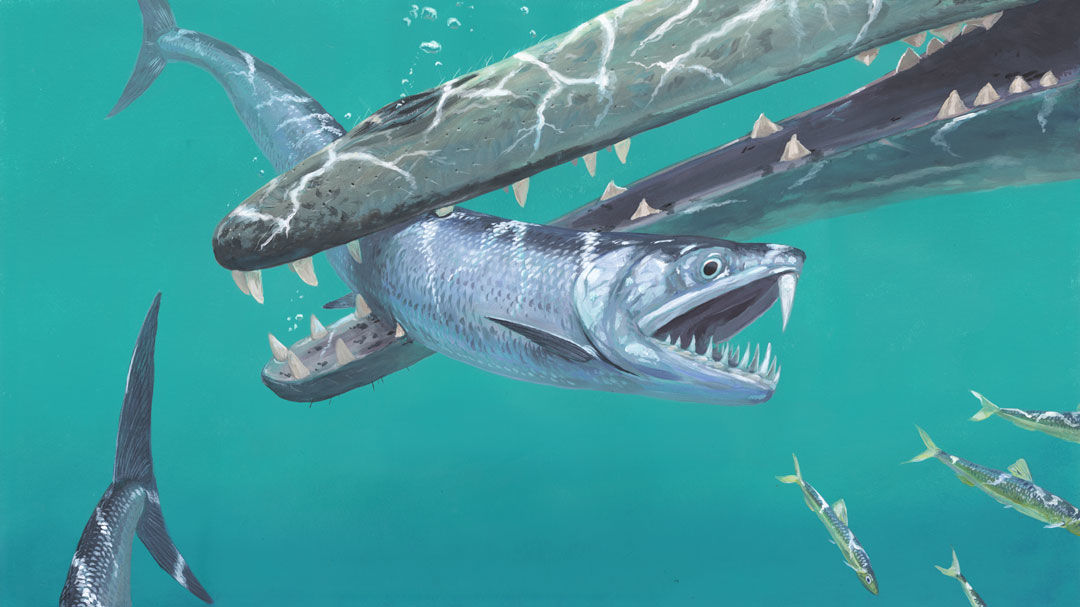 Pakistan has discovered an ancient fossil of the now-extinct saber-toothed anchovy fish, dated to about 45 million to 50 million years ago.

A fish with sharp, long pointy teeth found in Pakistan that has been now named after the word witch, churail in Urdu. It is an ancient fossil of the saber-toothed anchovy fish. Its other cousin was found in Belgium of the same species, almost 50 million years old fossil. According to a Ph.D. student at the University of Michigan’s Department of Earth and Environmental Sciences Experts led by Alessio Capobianco said that the fossil was 45 million years old.

This fossil was discovered in Rakhi Nala in Dera Ghazi Khan on the east side of the Suleiman range in Punjab. Capobianco said, it is “One meter in length, it lived in the shallow seas of Pakistan for around 45 million years”.

The analysis says that the ancient anchovy had fine teeth in its lower jaw and a long single pointed one in the upper jaw. The lower jaw had fine sharp teeth. However, its scientific name was attributed to a witch as it has long sharp teeth like the then dangerous predator used to hunt fishes.

The name “Monosmilus chureloides” was a combination of Ancient Greek and Urdu, Capobianco said in his paper. It comes from monos (single) and smil’e (knife) in Ancient Greek and churel (witch) in Urdu — combined together to “single-knife churel”.

This fish eats insects by sieving through the water.