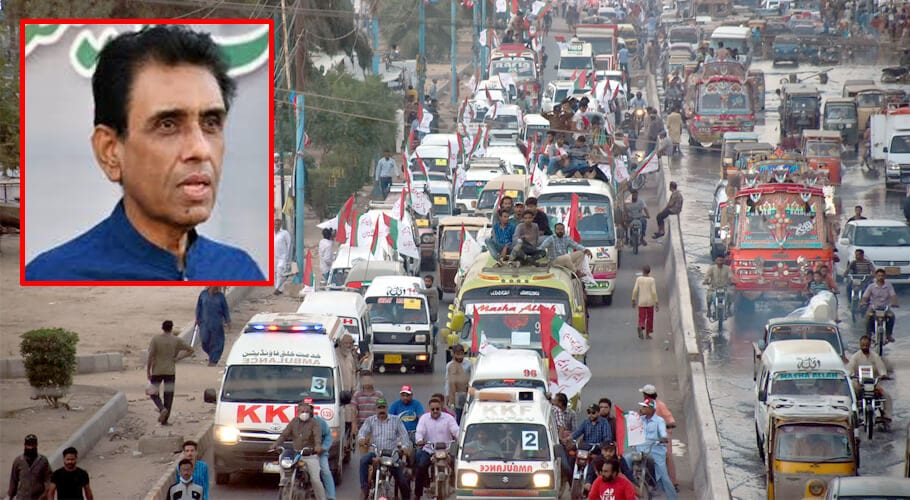 On Thursday in Karachi, Dr Khalid Maqbool Siddiqui, the convener of Muttahida Qaumi Movement-Pakistan (MQM-P) presented three names in the rally, Shahri Sindh Sooba, Matrooka Sindh Sooba, and Janoobi Sindh Sooba and said while pointing to the ruling party ‘We will make the new province, you decide the name out these three’.

MQM Pakistan held a rally that started in Karimabad and ended at the Mazar-e-Quaid. Dr. Khalid Siddiqui said that we are intentionally Pakistanis as we had the option of being Pakistanis, we opted to be Pakistanis, and the economic prosperity is due to the Muhajirs. He said that for the last 50 years, the rights of Muhajirs are being exploited therefore the making of a new province now has become inevitable which is our constitutional right.

He loudly said that those who come of Khairpur and Larkana can no longer rule over Karachi, we should not be frightened of what may happen with the residents of those muhajirs who live in rural Sindh.

Senior Deputy Convener, MQM-P, Amir Khan said that those who wanted to stop the Karachi rally have become ashamed. The MQM-P leader went on to say that as we had taken Pakistan from Nehru and Gandhi, the new province will be taken as such.

Faisal Subzwari, the member of the Coordination Committee said that there is a fake Assembly and fake Chief Minister in Sindh as there has not been a proper census in the province, if the census was proper and factual, the chief would have been from Karachi. The population of Karachi is more than 3 crore which has been halved in the census. The demand of the province by MQM is not the new one but this demand did never received the welcoming remarks from any quarter of the country.

Although the making of more provinces in the whole country is favorable for the economic and social development of Pakistan, these demands should be discussed in Parliaments and before that mutual discussion among all the prominent political parties is a must which MQM-P perhaps has ignored and this is the reason that the demand of a separate province by MQM could not get popularity so far.