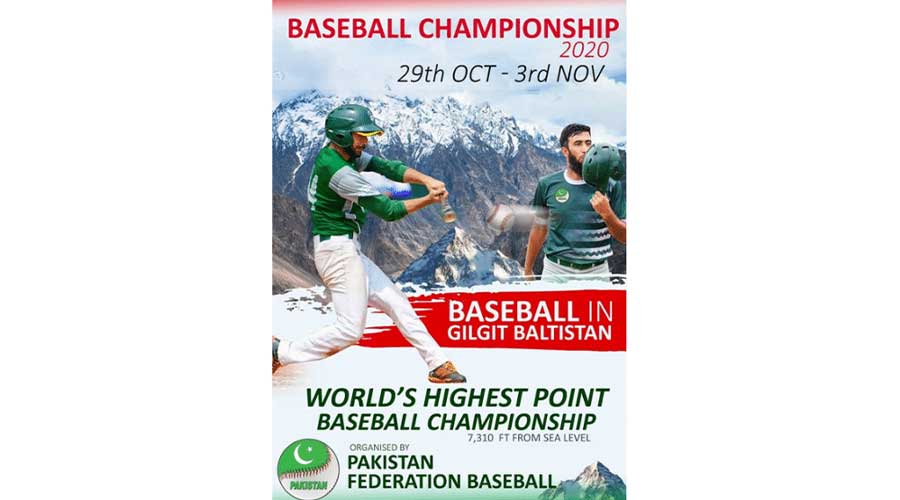 Skardu, the scenic valley and gateway to 8,000-meter-plus peaks in the northern Gilgit-Baltistan region, now has the honor of having the world’s highest baseball ground.

The World Baseball Softball Confederation (WBSC) confirmed that Skardu is now officially the highest place in the world where baseball matches will be conducted very soon. The city “is a top-rated destination for tourists willing to see the K2 mountain,” WBSC said.

In the latest update, the international governing body for the sports labelled Skardu as the highest field in the world which has an elevation of 7,310 feet. After holding its forthcoming match, it will outdo the Coors Field, which is currently holding the record of the highest field situated in Denver in the US state of Colorado with an altitude of 5,130 feet.

The Pakistan Federation Baseball recently publicized many activities in Skardu as well as in Gilgit. The PFB has also disclosed the plan to start a National Baseball Academy in the tourist spot.

A baseball tournament is scheduled to be played in Skardu starting from October 29 and 30. However, an exhibition match will be played between Pakistan Whites and Pakistan Greens on October 31. The country’s international player is also participating in the event.

After playing an exhibition match in Skardu, both teams will be playing another match in Gilgit on November 3.

Syed Fakhar Ali Shah the PFB President stated that it’s a delightful moment for Pakistan to have the highest baseball ground in the world.

The sight will not only promote sports activities but also increase the tourism trend which is the ultimate goal of this government. He also expected from the government to support in this matter.