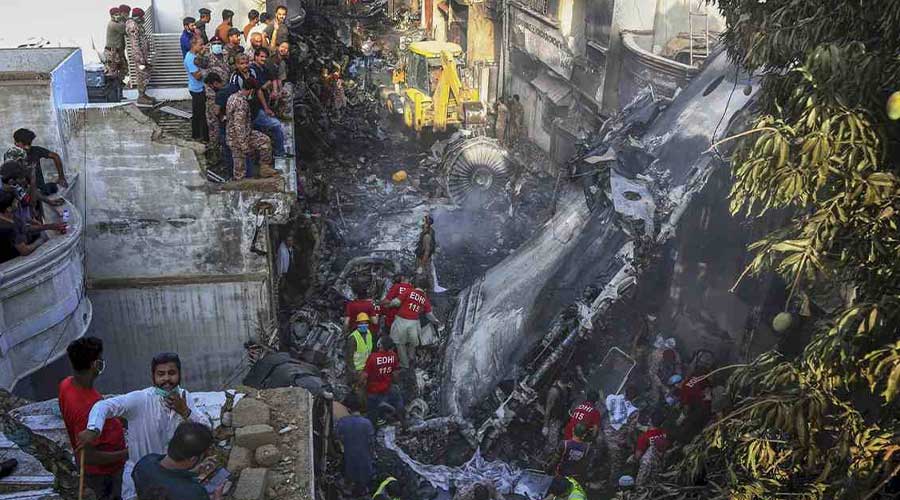 Pakistan International Airline (PIA) is initiating a procedure to provide compensation of up to Rs 10 million to the victims of the PIA PK-8303 flight that was crashed in Karachi a day before Eid-ul-Fitr this year.

The compensation will be delivered to all the families who have provided the PIA with succession-related documents. The sources revealed that in its first phase five families will be given compensation money.

Read more: Rs 10m to be paid by NICL to heir of all passengers of PIA crashed plane

As per the sources, among the five families, two of them are the survivors of the plane crash including Zafar Masood and Muhammad Zubair, who would also receive 10 million from the national carrier.

According to the PIA representative, they have already paid 1 million compensation to the grieving families of victims before and the remaining compensation amount would be released upon providing succession certificates to the airline authorities.

“We have applied claims with the insurance company on behalf of the families of all those victims, who had provided their succession related documents,” the spokesman said.

Furthermore, they are also reminding the families in order to complete all the formalities to be eligible for the dues from the insurance company.

The PIA also revealed that many of the families did not provide the documents to the relevant department to claim the compensation price which is causing a delay in the process.

On May 22, a Pakistan International Airline (PIA) flight crashed near Karachi’s Model Colony area. The flight PK-8303 was enroute from Lahore to Karachi.

The plane, A320 Airbus, was carrying 91 passengers and eight crew members and was scheduled to land at Jinnah International Airport when it developed some technical fault.