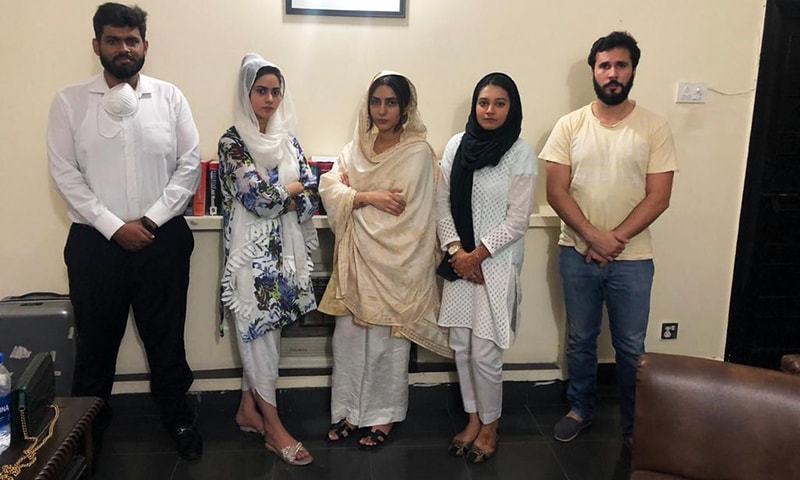 Uzma Khan the well-known actor has withdrawn her case of the alleged attack against three women and their armed guards.

The violation and harassment case that was circulating all over on social media has been shut down. The case has been declared as accusation and misunderstanding. The culprits are being declared innocent.

On Tuesday, Uzma Khan withdrew the case when she accused the women of torturing her and her sister. While she was living in Lahore’s DHA neighborhood. According to the video clips, there was violence and harassment on the actor and her sister. The report says the women were the daughters of Malik Riaz the property tycoon.

The FIR of the incident was registered on Wednesday on Uzma’s complaint against Malik Riaz’s daughters and 15 armed men.

Many celebs also came forward and voiced their support for Uzma Khan and spoke against the alleged violence and harassment.

After few days on Huma Khan withdrew the case by saying, “These are just rumors and I reject them making it clear that no such effort is being made. My sister namely Uzma Khan got registered the instant FIR due to misunderstanding. Therefore, the same may very kindly be canceled,” Huma added.

After withdrawing of case Hassaan Niazi and Khadija Siddiqi who was her legal team member disassociated themselves by tweeting;

“This is to announce that we are disassociating from #UzmaKhan case. I understand the reasons for any settlement by two aggrieved women in a rigged system; my conscience doesn’t allow me to be part of any of that, even in a professional capacity,” Ayesha Siddiqi her legal advisor said in a tweet.

Hassan Niazi, her lawyer tweeted; “Since the first day, I had made it clear to my client that we won’t be part of any settlement. I only accepted the case to support the resolve of Uzma to get justice for her.”

“My life is in danger,” and she requested the assistance of Prime Minister Imran Khan and Human Rights Minister Shireen Mazari. Despite this statement of Huma Khan, she completely denied any violence or harassment.