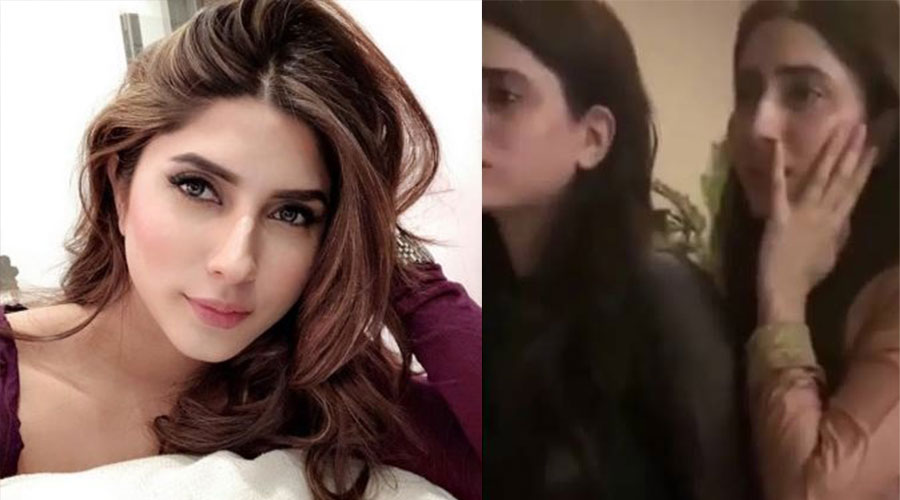 In some viral videos on social media, JPNA famed actress Uzma Khan and her sister Huma Khan can be seen being threatened by some women who are accusing the actor of having an affair with her husband, Usman. The actor has said that the woman is the daughter of Malik Riaz, the chairman of real estate company Bahria Town.

Pakistani actor Uzma Khan has alleged that women along with her gunmen barged into her house and physically assaulting her and her sister, which can be seen in another video. The actor, who has filed a police complaint in the matter, has claimed that the woman is the daughter of Malik Riaz, the founder and owner of real estate company Bahria Town.

In the videos of the alleged incident that has gone viral on social media, Khan and her sister Huma can be apparently seen being threatened by a woman, who is accusing the actor of having an affair with her husband, Usman. In another video, the woman and a few men could be seen assaulting the two sisters.

In her police complaint, the actor said, “I have been shamed, blackmailed, harassed, been threatened to kill in past 3 days. I have nothing to lose now and I have decided to fight the strongest people of Pakistan. For me it is either I get justice or I will be killed but there is no turning back now. I will fight against daughters (Amber Malik and Pashmina Malik) of Malik Riaz who stormed into my house with 12 gunmen.

“I request Punjab police to register my FIR and conduct my and my sister’s Medical examination (my basic right) before our wounds start to heal. I hope I am as much Pakistani as Malik Riaz,” she said.

This is my official statement – Remember your gunmen pointed their guns towards two orphans and sexually harassed. We might be weak but now we have faith in Allah and people of Pakistan. I request you to share my statement and standby me in my difficult times. #uzmakhan pic.twitter.com/0QNgBUlTRb

Malik Riaz, however, has responded to the incident and rubbished the put allegations, saying he is not related to Usman and called it an attempt to malign him. “I categorically rebut this malicious propaganda associating me with a viral video. Usman is not my nephew. I’m appalled at such below the belt attempt to malign me for something I’m not involved in any capacity,” he tweeted.

“I would also like to inform that I’ll be filing defamation cases against anyone who tries to implicate me wrongfully for such disgraceful incidents,” he added.

I categorically rebut this malicious propaganda associating me with a viral video.Usman is not my nephew.I'm appalled at such below the belt attempt to malign me for something I'm not involved in any capacity. (1/2)

The daughter of Malik Riaz, the wife of Usman and the woman in the video Amna Usman has also come to the scene to defend her actions. She said that the home she barged into was her second home and she assaulted the actress because she is her home wrecker. She further said that any other person in her place would have done even worse to the actor.