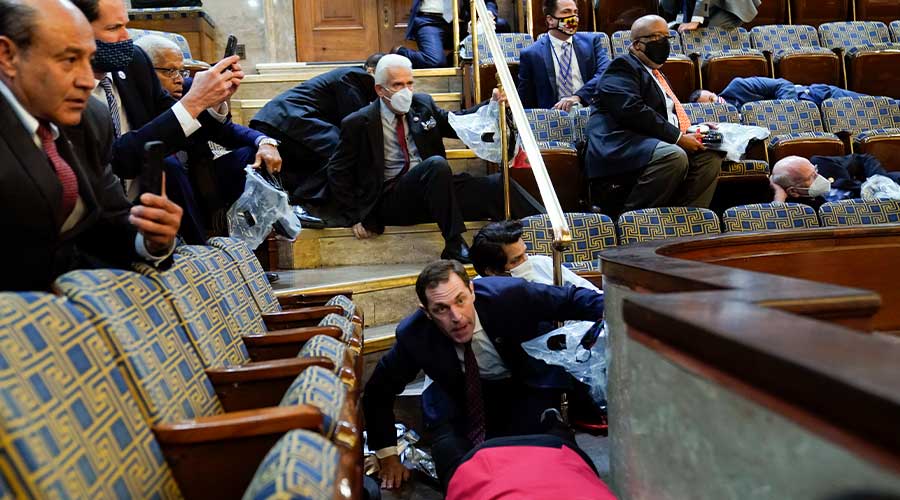 In the aftermath of a failed uprising inside the US Capitol following Donald Trump’s inability to stop his supporters from rioting in the wake of his false accusations of election fraud, many White House officials have resigned and more officials are now pondering over their resignations.

Grisham previously served as the communications director of the White House.

“It was an honor to represent for country in the [White House],” she said on Twitter in a brief statement. “I am very proud to have been part of [Melania Trump’s] effort to support children all over the place, and I am very proud of this administration’s many achievements.”

Matthews said in a statement, “I was fortunate to serve in the Trump administration and proud of the policies we adopted. What I saw today shocked me profoundly. I will step down, effective immediately, from my position. Our country needs a peaceful transition of authority.”

In the midst of the Capitol chaos, just 14 days before the President-swearing-in elect’s ceremony, Many other President’s top advisors, including Robert O’Brien, his national security adviser, as well as Chris Liddell, deputy chief of staff, are also reportedly pondering over their resignations.

After the announcement by President Donald Trump deceptively insisted to his supporters that the 2020 US presidential election was stolen from them, violent mob broke the halls of the Congress and stormed in and hours after the departure of senior representative of the government reports emerged.

Four people died as a result of the insurrection by loyal President Donald Trump supporters who forced lawmakers into hiding, in a stunning attempt to overturn America’s presidential election.