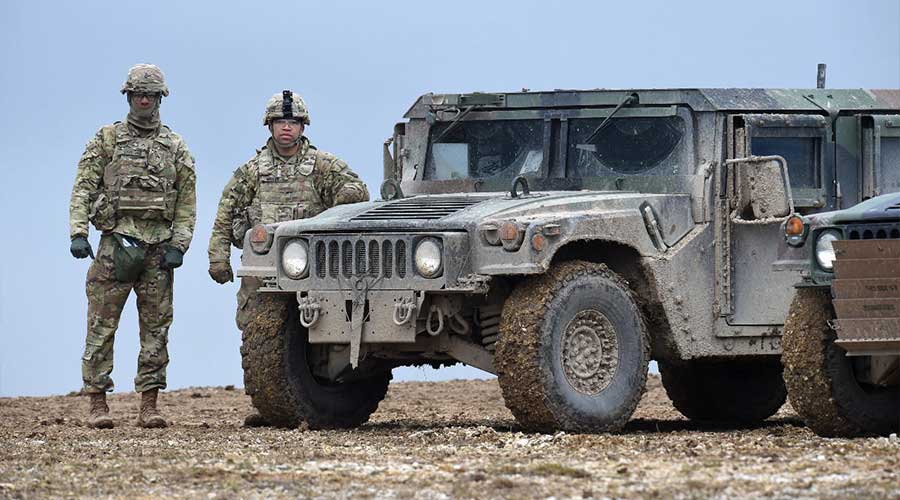 The United States is planning to move its European military headquarter from Stuttgart to Belgium. Following the plan, Trump’s administration announced 11,900 troops to be moved out of Germany.

From 11,900 troops around 6,400 troops will be sent back to the US while remaining will be sent to other NATO countries. The United States Defense Secretary Mark Esper revealed in a press conference that around 24,000 US troops from roughly 36,000 will remain in Germany as the country is a close ally of United States in defense and also in trade ever since World War II (WWII) happened.

There are numerous reasons behind Trump’s decision of getting troops out of Germany as the US President thinks Germany not spending a sufficient amount on defense. Before the elections Trump’s slogan was “America first” and this extraction is also based on his electoral campaign in which he pledges a less US participation in foreign countries.

According to Defence Secretary, the withdrawal will start within weeks but it takes some time as consultation is needed.

Since President Trump hinted withdrawal of troops from Germany to Belgium the opposition along with senior members of Trump’s own party raised questions over the decision.

The Republicans sent a letter to Donald Trump saying that minimizing US troops and commitment to European defense will boost Russian aggression, violence and opportunism.

In the meantime, the rulers of four states that host US military troops requested to members of Congress to block the decision made by President Trump.

The European leaders are frustrated over Trump’s decision as they think that keeping almost half of their forces in Europe sends a clear message that Pentagon is shifting towards less aggressiveness. A senior member of German Chancellor Angela Merkel’s party Norbet Roettgen also said that “instead of strengthening NATO, the troop withdrawal will weaken the alliance.”

“The effectiveness of the US military is not increased but reduced, especially with a view to Russia and ongoing military conflicts in the Middle East”, he added.

Defense Secretary Mark Esper claimed that the cost of moving away the United States troops from Germany is not evaluated. “Clearly, the costs right now are estimates. It’ll take several billion dollars, I’d say single digits, but then that’ll be spread out over time,” he said.

According to reports, a small group of military troops will be coming back but it will take years to evacuate fully.

The long timeframe also means that if Trump losses upcoming elections which are due in November then it may be overturned.
According to an advisor of the Democratic candidate Joe Biden, if Biden got elected as a US President then he may withdraw with Trump’s decision.