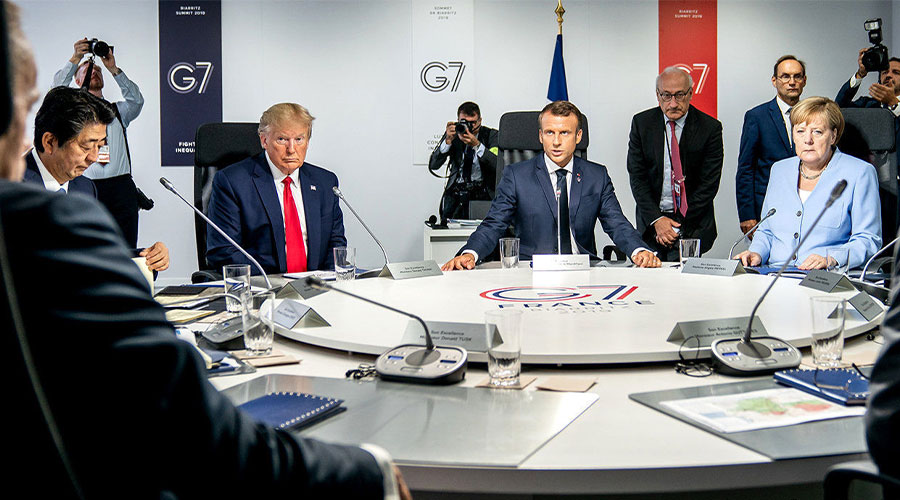 The President of U.S Donald Trump says it is common sense to ask Russian President Vladimir Putin to rejoin the G7 (group of seven) along with India and two other countries. By having Russian on the platform of major economies of the world, it will be convenient to resolve the majority of disputes which are brewing between the United States and Russia.

President Trump gave his statement during an interview to foreign media and said that while at the platform we mostly talked about Putin because there are so many things which are connected with him. What I recommend is having him in the room and get things done.

Trump proposed the expansion of the G7 recently and said that along with Russia he also wanted India, South Korea and Australia the grouping. He called the current grouping an outdated group of countries which do not represent the current economic power of the world.

“In this context, he [Trump] extended an invitation to Prime Minister Modi to attend the next G7 Summit to be held in the USA,” the US foreign ministry said.

The foreign ministry officials confirmed that Modi during the called had accepted the invitation and would attend the summit.

The group of seven (G7) members is the world’s most advanced countries with a powerful economy. Mr. Trump gave his opinion regarding expanding the G7 group. Donald Trump asks other members to again include Russia which was banished from the G7 group back in 2014 after the invasion of Ukraine’s Crimea region by Putin.

In reply to Donald Trump’s comments regarding rejoining of Russian in G7, Canada objected to the return of Russia. Japan on the other hand has not evaluated the scenario and Germany officials say that now is not the right time to change the meeting arrangements.

Due to the coronavirus pandemic, the U.S president suspended the congregation of G7 until September. France, Italy, Germany, UK, Japan, Canada, and the U.S are the members of the G7 which was founded in 1975.