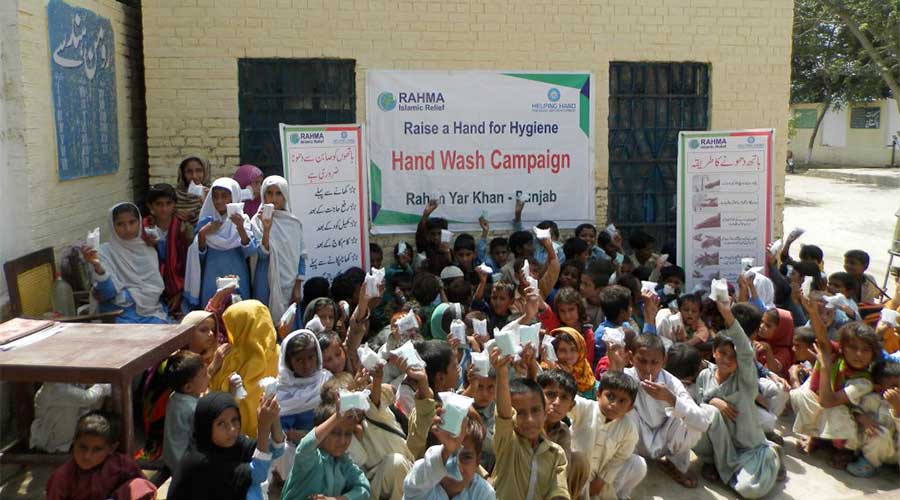 Rahma Islamic Relief is playing a vital role in educating vulnerable and destitute children of society and recently they have converted a tent school into an international standard school.

In 2012, Rahma Islamic Relief established a small tent school near Slaughter House, Railway Road, Gawalmandi, Lahore. The school was specifically for the children of beggars living in surrounding tent colonies. Qualified teachers were appointed to educate the students of class 1 to class 3. Initially, the beggars living there protested as to them, if their children are educated, they would not go for begging and their earning source would disturb.

At the start, there were only 5 students who took admission, and later more children came to be admitted after the consultation of their parents. Another tent was started when the number of students became 50-60.

Then the management decided to establish a 2 Kanal modern school near Rawat. This school became the institution of international level in 2018. The school now comprises of 10 rooms and enrolls kids from class 1 to class 5. Free transport and free lunch are provided to their students.

Rahma Islamic Relief is certified by Pakistan Centre for Philanthropy

According to them, helping the poor is the responsibility of those who can afford it. There is now hope that the students whose families in the past were begging will no longer involve the students in begging rather after learning the skills, they will be leading to their honorable lives.

Due to coronavirus, school is closed but students have been provided free books and homework and on a weekly basis the teachers visit their tents to check the homework. They further said that their mission is to make sure the children of beggars lead a successful life.