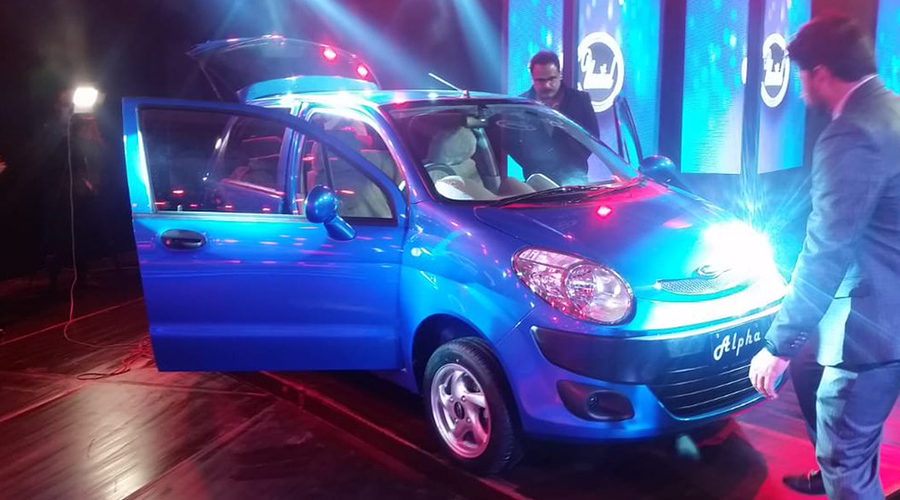 In order to start its 2021 campaign, United Motors has launched Alpha hatchback, an interesting addition to Pakistan’s auto industry.

The automaker stated that the Alpha will be offered as a Complete Knock-Down (CKD) unit to ensure its superiority over other players in terms of price.

In addition to a touch-based infotainment display, a modern-looking gauge cluster, and a two-tone design that makes the interior slightly bright, the trend of simplicity continues inside with a standard-looking dash design. As the standard, it also includes soft, cotton fabric seating. However, the hatchback does not have airbags.

The United Alpha has a 4-cylinder petrol engine with a 1000cc, naturally-aspirated Dual Overhead Cam (DOHC) that produces 68 hp and 93 Nm of torque, and is coupled with a manual 5-speed transmission. Furthermore, the engine is Euro-4 compliant.

The car has a McPherson Strut coil spring suspension in the front and a semi-independent, cylindrical, helical spring setup at the rear for a smooth ride.

Meanwhile, it has front disc brakes without ABS and conventional rear drum brakes at the back, the relatively lesser curb weight of the car (890 kg) allows easy halting on normal brakes as well.

Alpha will be having these features:

United Alpha price is Rs. 1,395,000 which competes with Suzuki Alto, Kia Picanto and other 1000cc hatchbacks in the same price category.

However, if we compare the product quality it is behind its competitors. Apart from that, United Alpha does not have airbags and ABS technology which is also not an appealing factor.