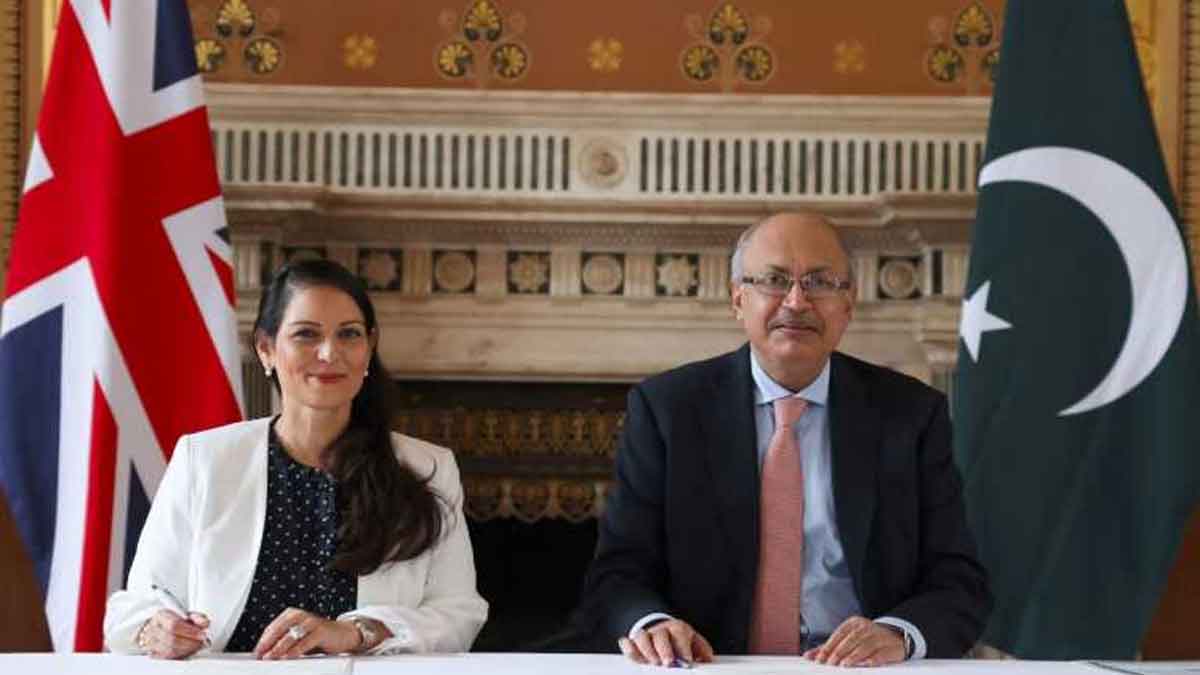 A new agreement that the British government has inked aims for the return of foreign criminals and immigration offenders from Pakistan to the United Kingdom.

According to a spokesperson for the Pakistan High Commission, it is a reciprocal arrangement that holds true for both countries.

The UK Home Office has signed five returns agreements as part of its “New Plan for Immigration” in the last 15 months. Similar agreements were signed by the UK with Albania, Nigeria, and India.

Those Pakistanis who hold dual citizenship will not be the target of the new policy’s adoption.

The new policy will apply to Pakistani passport holders who are either involved in organized crime, such as sex grooming and pedophilia, or immigration offences.

“I make no apology for removing dangerous foreign criminals and immigration offenders who have no right to be in the UK,” stated Priti Patel, the home secretary.

“The British public has had enough of people abusing our rules and the system, and they have every right to be removed. This agreement, which I am honoured to have signed with our Pakistani friends, demonstrates how the government is carrying out the New Plan for Immigration.”

According to the Home Office, the agreement highlights both governments’ continuous commitment to addressing the issue of illegal immigration and the serious challenges it poses to both countries.

The agreement also covers ongoing efforts to strengthen and broaden law enforcement cooperation between the UK and Pakistan.

A Pakistani diplomat who participated in talks with the UK government revealed that Christian Turner, the UK’s high commissioner to Pakistan, had been pushing for the accord for a while.

According to him, Pakistan has received foreign criminals from the UK for almost 10 years through MLA and on an individual basis, but this is the first time a formal state-to-state level agreement has been inked.

The ambassador also assured that he will look into the issued regarding requirements for Pakistani students and visitor’s visa policy.