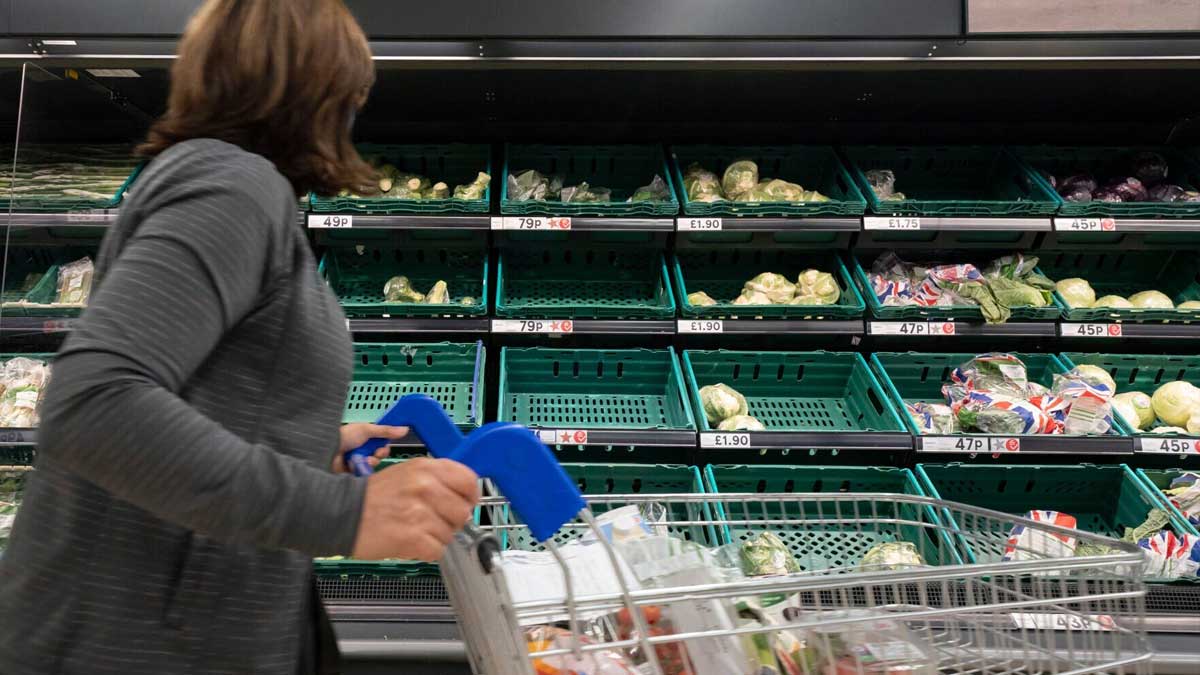 Increased energy prices and strong post-lockdown demand pushed UK inflation near to a 10-year high in October, according to statistics released Wednesday, prompting speculation about a pre-Christmas interest rate hike.

According to the Office for National Statistics, the annual rate increased to 4.2 percent, the highest level since November 2011.

This was up from 3.1 percent in September and more than double the Bank of England’s aim of 2 percent.

The pound surged against the euro and the dollar in response, as traders priced in a BoE interest rate hike in December.

The cost of living rises as consumer prices increase, particularly when incomes do not keep pace.

According to Russ Mould, investment director at AJ Bell, the data “makes for uncomfortable reading and goes to highlight the punitive consequences of increasing energy and food prices on family finances.”

He went on to say, “It almost probably suggests the Bank of England will hike interest rates soon, possibly as soon as next month.”

According to the ONS, UK inflation soared due to rising prices for home electricity and gas, as well as motor fuel, which was in limited supply.

As a result of a global semiconductor scarcity, second-hand car prices are skyrocketing.

Inflationary pressures are also being fueled by a global supply shortage in a variety of sectors, as well as the rising cost of raw materials.

“The cost of items produced by factories, as well as the cost of raw materials, have both increased significantly, and are currently at their highest levels in at least ten years,” said ONS chief economist Grant Fitzner.

The Bank of England left its key interest rate at a record low of 0.1 percent this month, but hinted at a possible raise in the coming months to keep inflation in check.

Businesses are failing to meet demand for products and services as countries reopen from pandemic lockdowns, sending rising prices.

Markets had expected the BoE to raise its main rate in November for the first time in more than three years.

The Bank of England’s choice to remain cautious contrasts with the Federal Reserve of the United States, which is tightening monetary policy as economic improves and inflation rises.

In October, US inflation soared to a 30-year high of 6.2 percent.

Read more: What is driving US inflation to a 31-year high?

For the time being, the European Central Bank is sticking to easy money.

Meanwhile, President Christine Lagarde of the European Central Bank (ECB) said on Monday that she would not “venture” into speculation about interest rate hikes in 2023, despite calls for the bank to clarify its response to high inflation.

However, Governor of the Bank of England Andrew Bailey expressed increased concern over rising prices on Monday.